Perth could get close to 40ºC on each of the next five days as a Severe Heatwave grips Australia’s west coast.

A near-stationary high pressure ridge over WA and a persistent West Coast Trough will direct a stream of hot easterly winds over Australia’s west coast during the remainder of this week.

This synoptic setup is common in summer, and it’s known to produce lengthy heatwaves in Perth as hot offshore winds delay the Fremantle Doctor.

Maximum temperatures are likely to reach 38 to 40ºC in Perth every day between Tuesday and Saturday, and could hit around 34 to 37ºC each day from this Sunday until Wednesday next week. 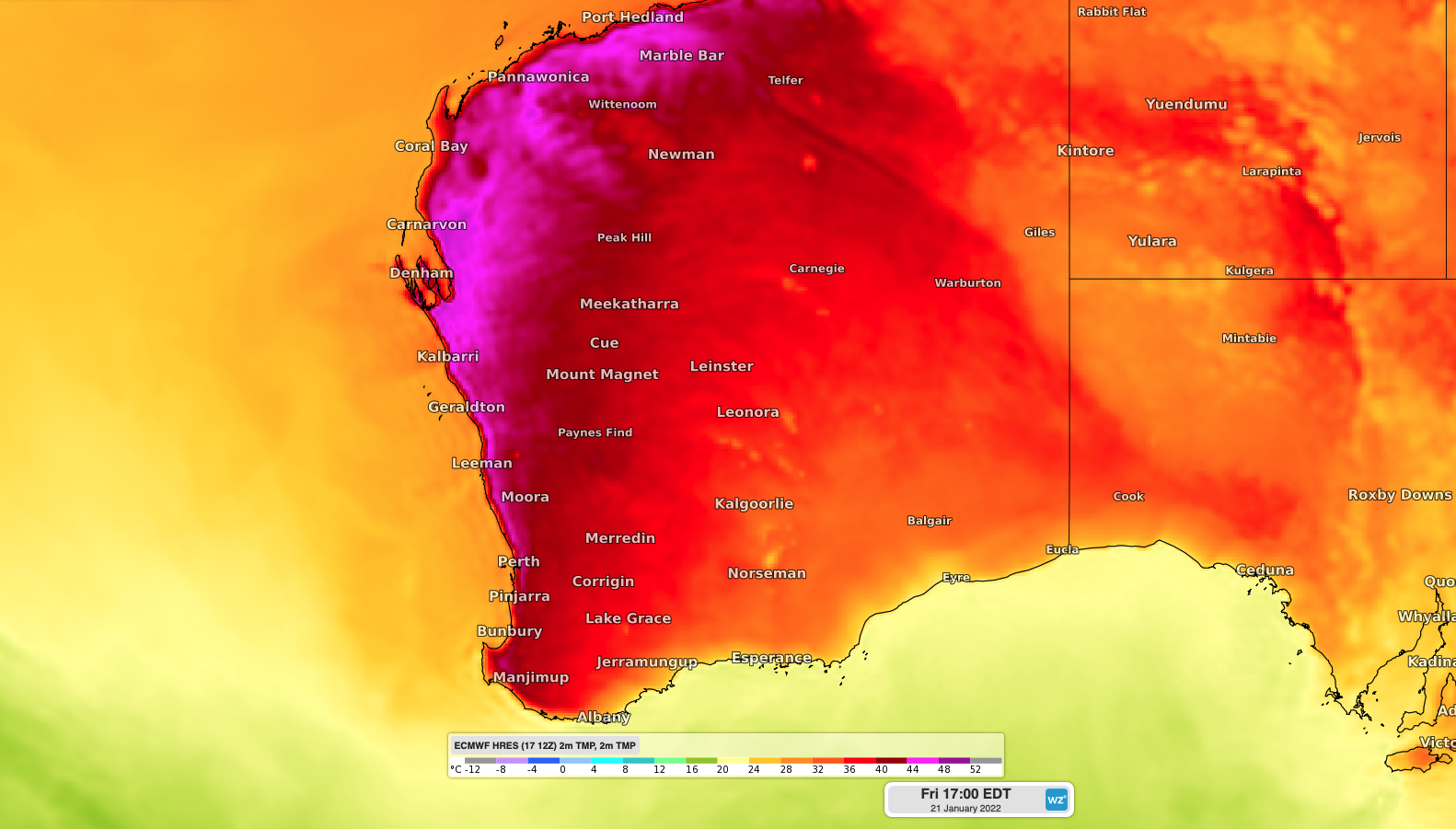 Image: Forecast surface air temperature along the west coast on Friday afternoon, according to the ECMWF model.

This week-long run of hot days continues a sweaty start to summer in the WA capital city.

Perth registered five days at or above 40ºC in December, which hasn’t happened since 1997. Four of these 40ºC days were consecutive, which is a feat that’s only happened on two other occasions in the records dating back to 1897.

This week’s heat will cause a Severe to locally Extreme Heatwave in western coastal districts of WA, from the Southwest Capes up to Exmouth.

This persistent heat will contribute to Very High to Extreme fire danger ratings over the coming week. For more information on Weatherzone’s temperature, extreme temperature and fire forecasting, please contact us at business@weatherzone.com.au.