There’s an invisible layer of air in the sky that can have significant impacts on communities and industries across Australia. This unseen phenomenon is called a temperature inversion and you could be standing in one right now without even realising it.

What is a temperature inversion?

The air near the ground is usually warmer than the air sitting above it, with the atmosphere becoming cooler with height until you reach the stratosphere.

A temperature inversion occurs when a section of this temperature profile is inverted, causing relatively cooler air to sit beneath a layer of warmer air in the lowest levels of the atmosphere.

One of the most common ways for a temperature inversion to develop is by cooling of the air near the ground. This typically happens on clear and calm nights through a process called radiative cooling, which involves the ground getting colder at night when heat radiates into space.

This nocturnal cooling, which happens more efficiently on clear and calm nights, causes the layer of air sitting just above the ground to become cooler as well. Over time, the air near the ground becomes sufficiently cooler than the air above it, forming a temperature inversion.

Why do inversions matter?

A well-formed temperature inversion can significantly influence weather conditions near the ground. They can affect human health, agriculture, mining operations, noise and smoke propagation, and sometimes cause mirages. 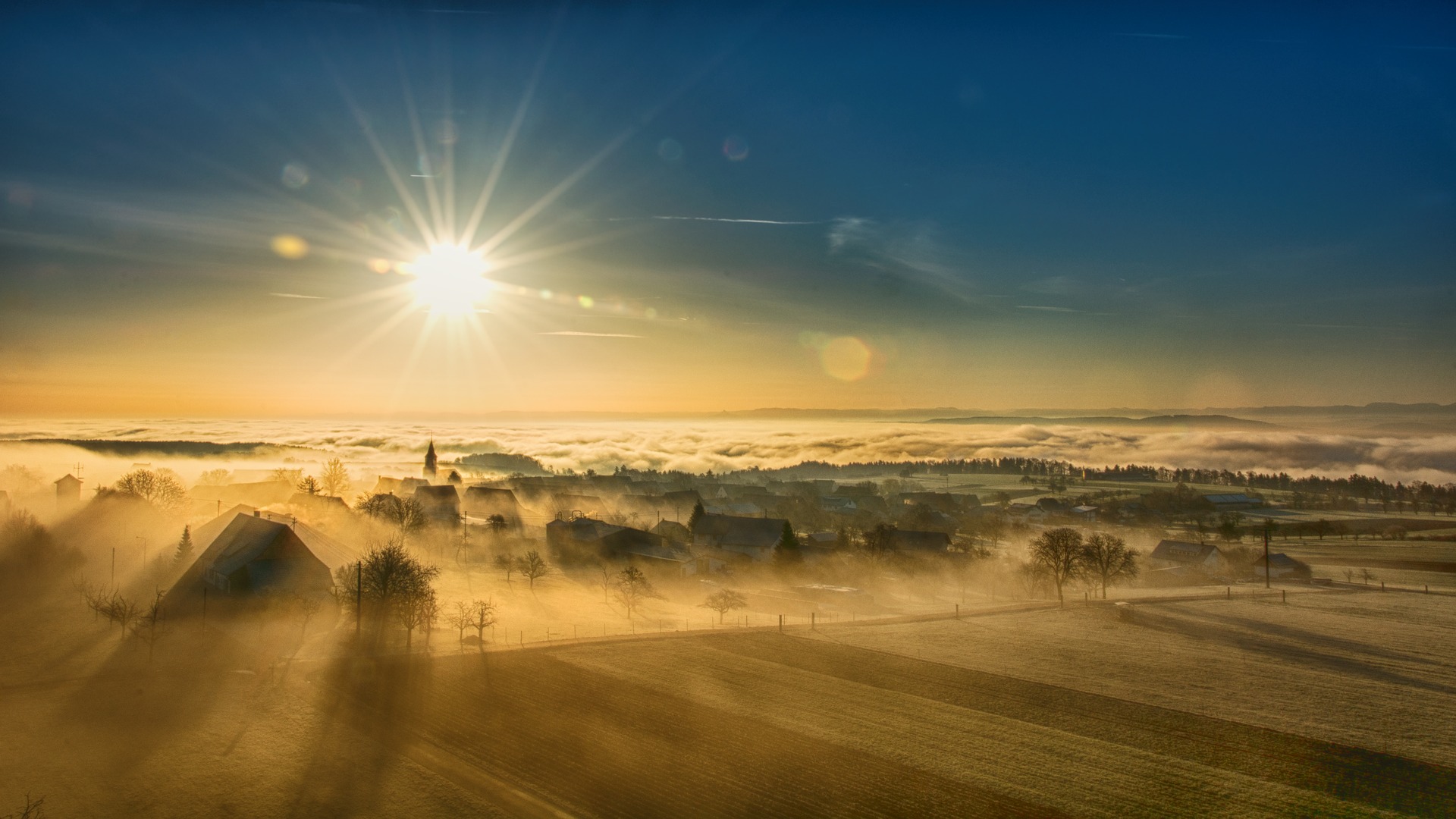 Mines, farmers and other large-scale outdoor operations also monitor for the presence of temperature inversions because they influence the propagation of noise and pesticides.

Sound and airborne particles can become trapped beneath a temperature inversion, allowing them to travel long distances near the ground instead of mixing up into the atmosphere. Some operations like mine blasting and crop spraying cannot be carried out safely until an inversion has broken down.

Temperature inversion setting in. Hope the sprayers are parked. pic.twitter.com/eCrdIm0h8T

Airborne pollution can become trapped near the ground when a temperature inversion is in place, which can have a detrimental effect on human health, particularly for people suffering from respiratory conditions. This can include emissions from industrial activities, smoke from bushfires and vehicle exhaust.

On rare occasions, these pollutants can be seen trapped in the sky, giving us a brief glimpse of an otherwise invisible temperature inversion.

One of the most awe-inspiring effects of temperature inversions are mirages. While rare, there have been well-documented examples of objects appearing to float in the air due to the way an inversion bends light in the atmosphere. One of the more famous examples of this is the Fata Morgana, which can cause ships and mountain ranges to appear to float above the horizon.

“Hovering ship” this is what is known as a looming superior mirage (mostly seen in the arctic) caused by light being refracted by a big temperature inversion between the cold sea and warm air just above it…..wierd though !! pic.twitter.com/SxfCsxqYvq

How can Weatherzone assist mining operations?

Weatherzone’s blast dispersion model allows blasting managers to gain a clear understanding of a blast events expected trajectory and pollutant concentrations. Our model assists mine superintendents on making smarter and more informed decisions on when is best to blast. It considers your geofenced mine, elevation above sea level, the azimuth, the amount of explosive for the blast and any weather stations and sensitive receivers in your setup.

It then simulates local weather conditions such as wind and the inversion layer, which can determine how far the blast plume is likely to travel. For more information, please contact us at business@weatherzone.com.au.