Satellites have captured a northwest cloudband developing over WA during the last two days, showcasing a feature that will play a big role in Australia’s weather in the coming months.

Northwest cloudbands are, as the name suggests, cloudbands which stretch across Australia from the northwest. These cloudbands form when moisture from the tropical Indian Ocean is carried over northwestern Australia and travels towards the nation’s southeast, typically along a low pressure trough or cold front. 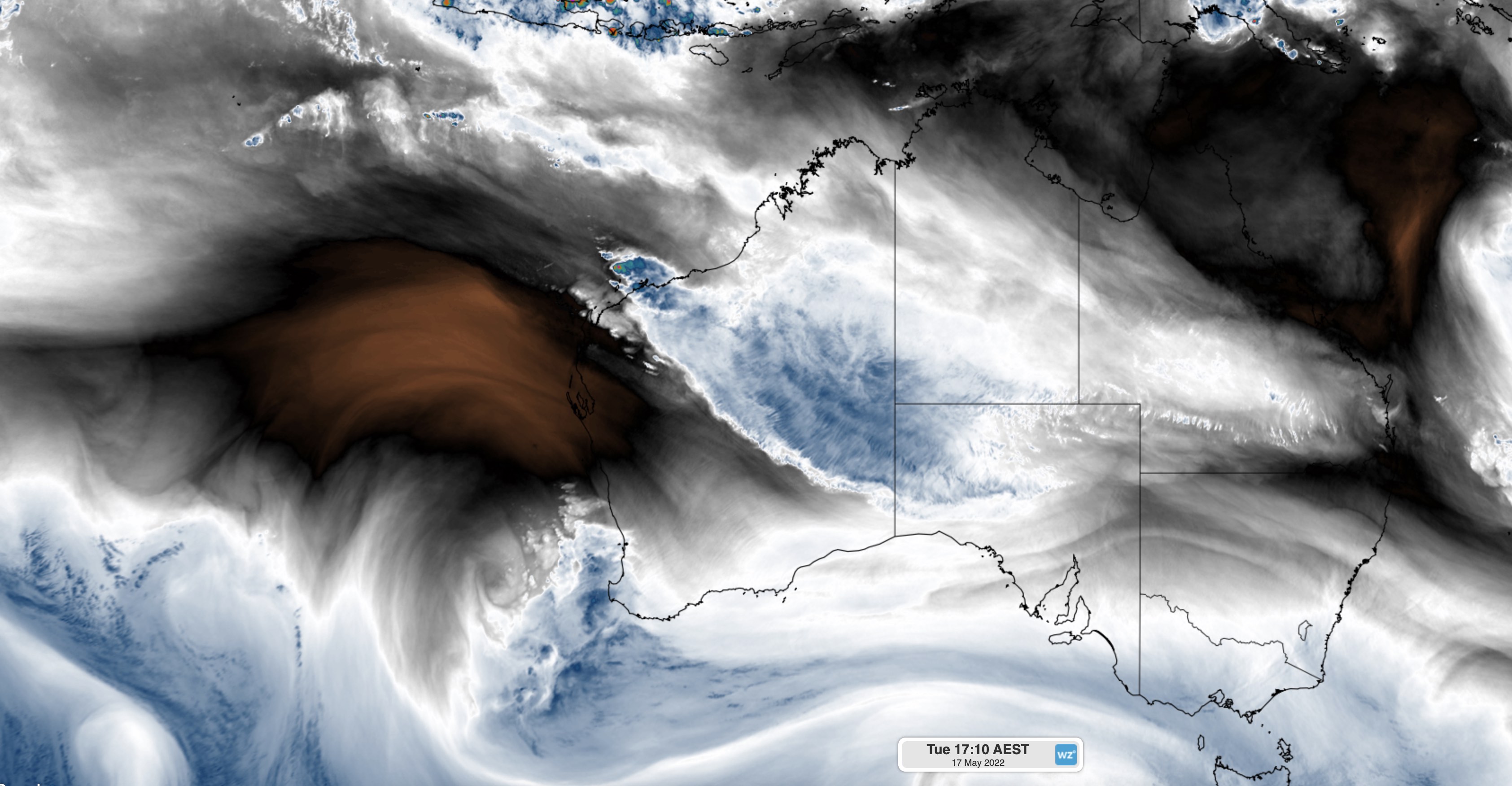 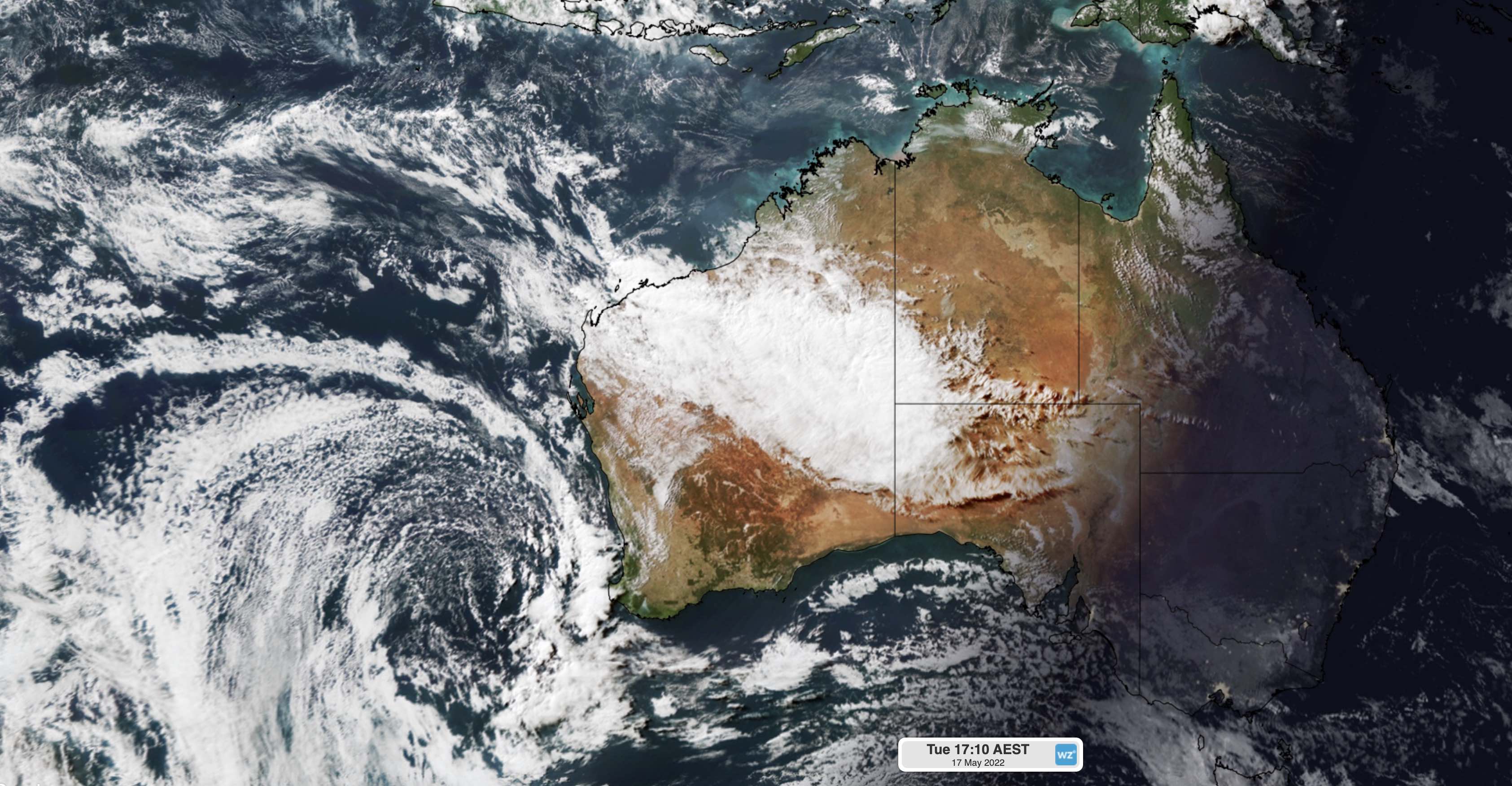 Over the course of their life, which usually lasts for several days, northwest cloudands can carry tropical moisture thousands of kilometres across Australia and deliver rain to part of every state and territory.

This week’s cloudband is forming as tropical moisture from the Indian Ocean is dragged south by a passing upper-level trough. This type of weather pattern becomes more common in and around winter, with northwest cloudbands typically occurring between March and October and reaching a peak frequency from April to September.

The video below shows the development of this northwest cloudband on Monday and Tuesday.

This week’s northwest cloudband dumped 73 mm of rain in three hours at Onslow and 58 mm in two hours at Thevenard Island on Tuesday. Heavy rain is forecast to continue over parts of the Pilbara, far northeastern Gascoyne, south and north interior on Wednesday. Six hourly rainfall totals of 60-120 mm are possible in the Pilbara, while further inland totals of 50-80mm in six hours is forecast.

Looking ahead, a negative Indian Ocean Dipole (IOD) will likely increase the frequency and strength of northwest cloudbands over Australia through the middle of the year. This increases the risk of flooding during winter, particularly in areas of the country that have been wetter-than-average in recent months. For more information on Weatherzone’s heavy rainfall alerts, observations and seasonal forecasts, please contact us at business@weatherzone.com.au.