This rainfall is set to be triggered by a low-pressure trough, which will linger in the central interior for the next few days.

Strong moist east to northeasterly winds will feed into this low-pressure trough, generating the rainfall event on Monday and Tuesday.

Widespread 48 hour accumulated rainfall totals of 30-40mm are predicted along the coast and ranges between Cooktown and St Lawrence (figure 1).

The heaviest rainfall is likely to focus on the coastline stretching between Cairns and Mackay with isolated pockets of 80-120mm of rainfall possible in the next 48 hours (figure 1).

Bowen could see 48-hour rainfall totals of 30-60mm during Monday and Tuesday.

This rainfall will begin on Monday afternoon and will become heavier Monday evening into Tuesday, with 30-40mm of rain possible in some pockets in a 3-hour period.

The heavy rainfall will ease from Wednesday as the low-pressure trough moves further west, away from the QLD coastline.

Heavy rainfall and flooding at mine site or associated infrastructure can shut down operations for days.

Within the mine site, heavy rain can damage the haul roads used by dump trucks on a daily basis as part of standard mine operations (figure 2). In some cases, this can become unsafe and can change the slope, road and ramp stability of the mine resulting in deadly landslides. 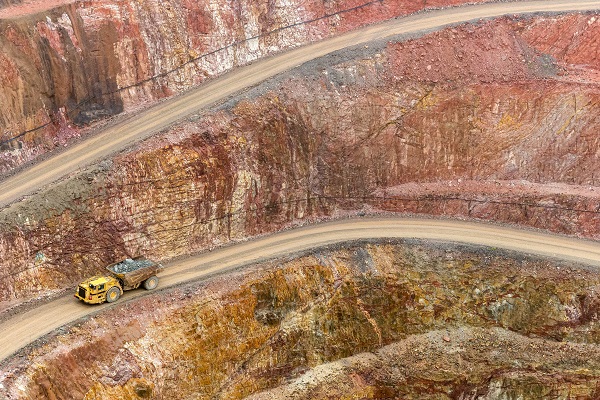 The effects of heavy rain and flooding on a mine site

Management of water resources is also an important factor on a mine site. Days of heavy rain and flooding can introduce water to already overloaded water reservoirs or rivers nearby or the water table the mine. This can result in open cut pits turning into dams or water entering tailings or processing facilities which have critical thresholds for rain and water quantity. Rainfall can also impact blast planning as rainfall will impact the explosive and the fumes dispersed when blasting.

Heavy rainfall and flooding can also impact the transport of materials from the mine to the port, which is either done by road or rail.

Overhead lines can be damaged and fallen trees or debris can affect truck or train services to the port, which can delay or reduce shipping.

Heavy rainfall and flooding events can reduce the viability of ports, railway lines and roads.

We have developed a flood risk system which accurately determines rainfall intensity at any given point along your mine site, catchment, road or railway.

The system uses radar technology which scans typically every 6-10 minutes, sending your business regular alerts or updates for your specific mine site or railway using geofencing technology (figure 3). 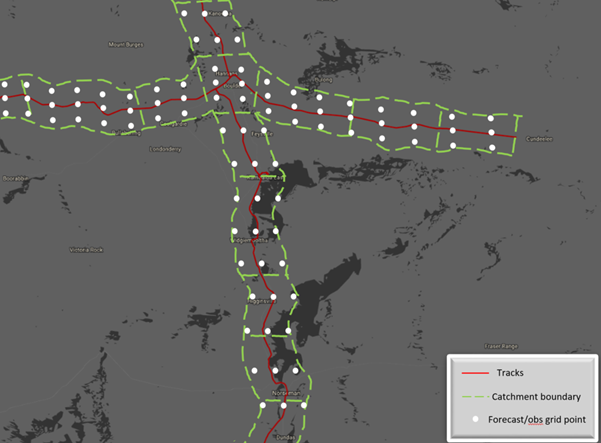 Figure 3: Weatherzone’s rainfall risk system geofencing a large railway system, where for example 78 sections of rail are being monitored by the white forecast grid points or observations.

Will the flood event subside, continue or worsen? The rainfall risk system is used in combination with Opticast™, an industry leading forecast system which forecasts rainfall intensity and accumulation at your location.

Weatherzone also provides businesses with long term rainfall forecasting solutions out to 6 months, which allows businesses to plan well in advance and reduce the impact on day-to-day operations. For more information, please contact us at business@weatherzone.com.au.