A burst of late-wet season rain has inundated parts of northern and central QLD, with some areas picking up more than 700 mm of rain over the past five days. 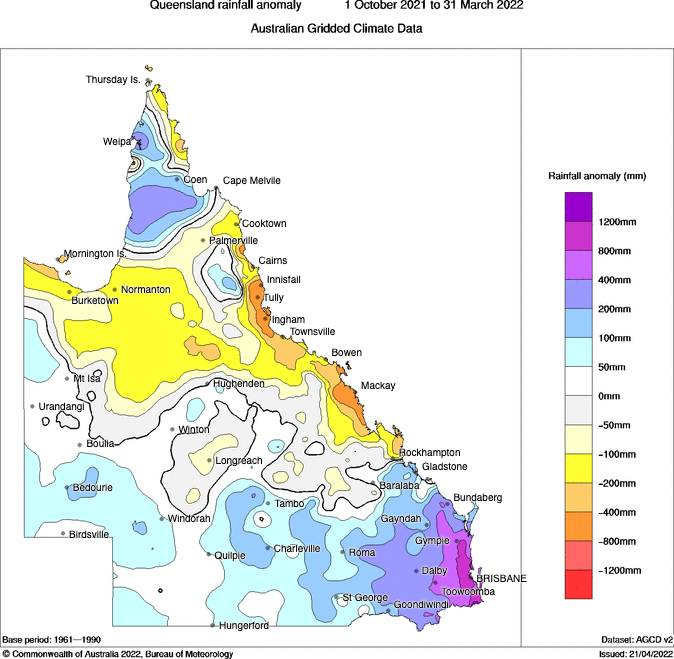 Northern Australia’s wet season runs from October to April. By the end of March this year, large areas of northern QLD were running several hundred millimetres behind schedule for the 2021/22 wet season, as shown in the map below.

This relatively dry weather also continued into the first three weeks of April, with only patchy falls peppering the state’s typically sodden tropics.

However, things took a damp turn over the past week as a near-stationary low pressure trough and embedded low pressure system drove copious moisture-laden air over the state’s tropical coasts and inland.

The map below shows how much rain was observed in QLD during the week ending at 9am on Tuesday, April 26. These falls have been widespread and particularly heavy along the eastern tropical coast and Central West. 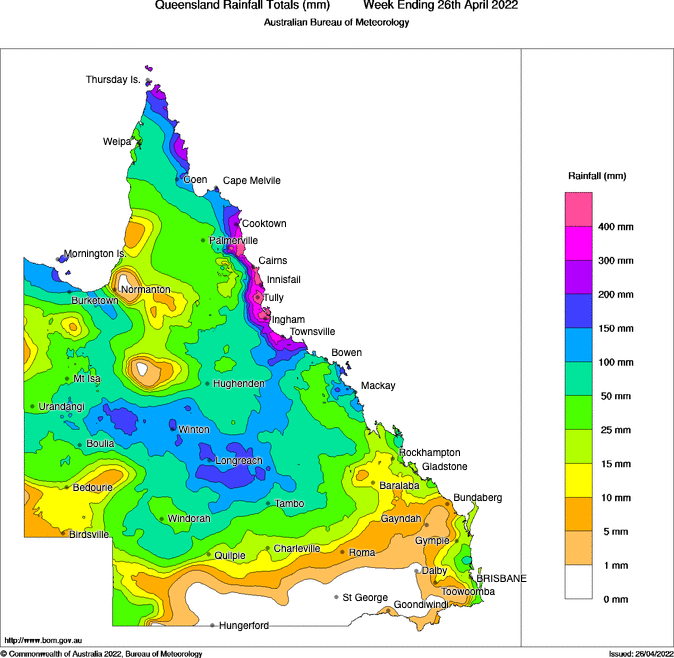 Image: Observed rainfall during the week ending at 9am on Tuesday, April 26, 2022. Source: Bureau of Meteorology.

During the 24 hours to 9am on Tuesday, Townsville received 153.2 mm of rain, which was its highest daily total in three months and enough to cause flash flooding in some areas. This brought the city’s accumulated total over the past five days to 268.6mm, which is more than four times the April average of 64.3 mm. 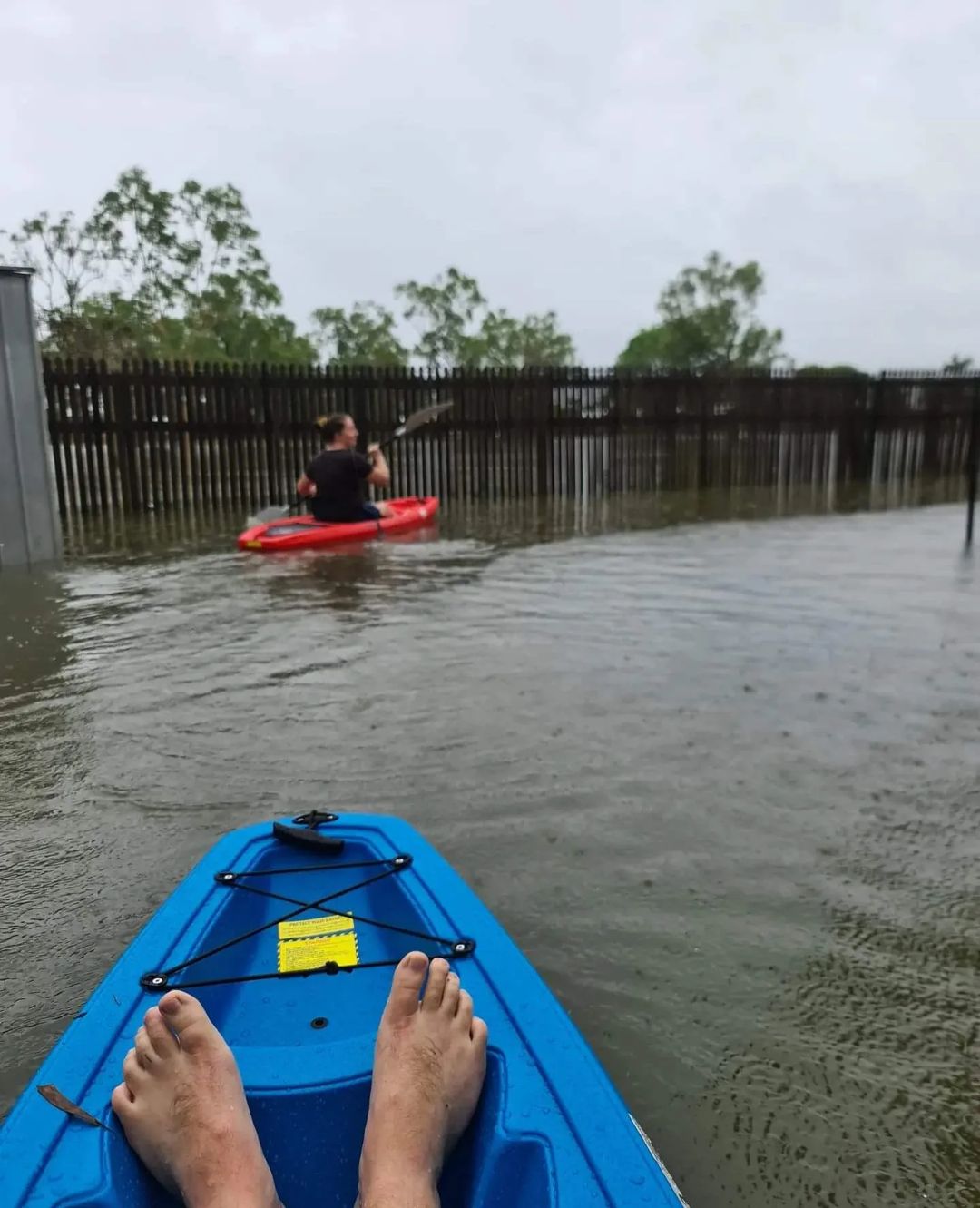 Other notable totals during the 24 hours to 9am on Tuesday included:

Impressively, the rain gauge at Upper Major Creek, to the south of Townsville, registered a whopping 505 mm during the five days ending at 9am on Tuesday. This rain flowed into the Haughton River, causing major flooding to develop at Giru around midday on Tuesday.

Another gauge at Diwan in the Daintree region picked up 758 mm over the same five-day period ending at 9am on Tuesday.

Rivers in northern QLD have responded to this injection of water, with warnings in place for moderate to major flooding in some areas.

The Barron Falls in the Cairns hinterland were putting on a spectacular show on Tuesday morning following several days of solid rain. Cairns Airport collected 303 mm in the past five days. 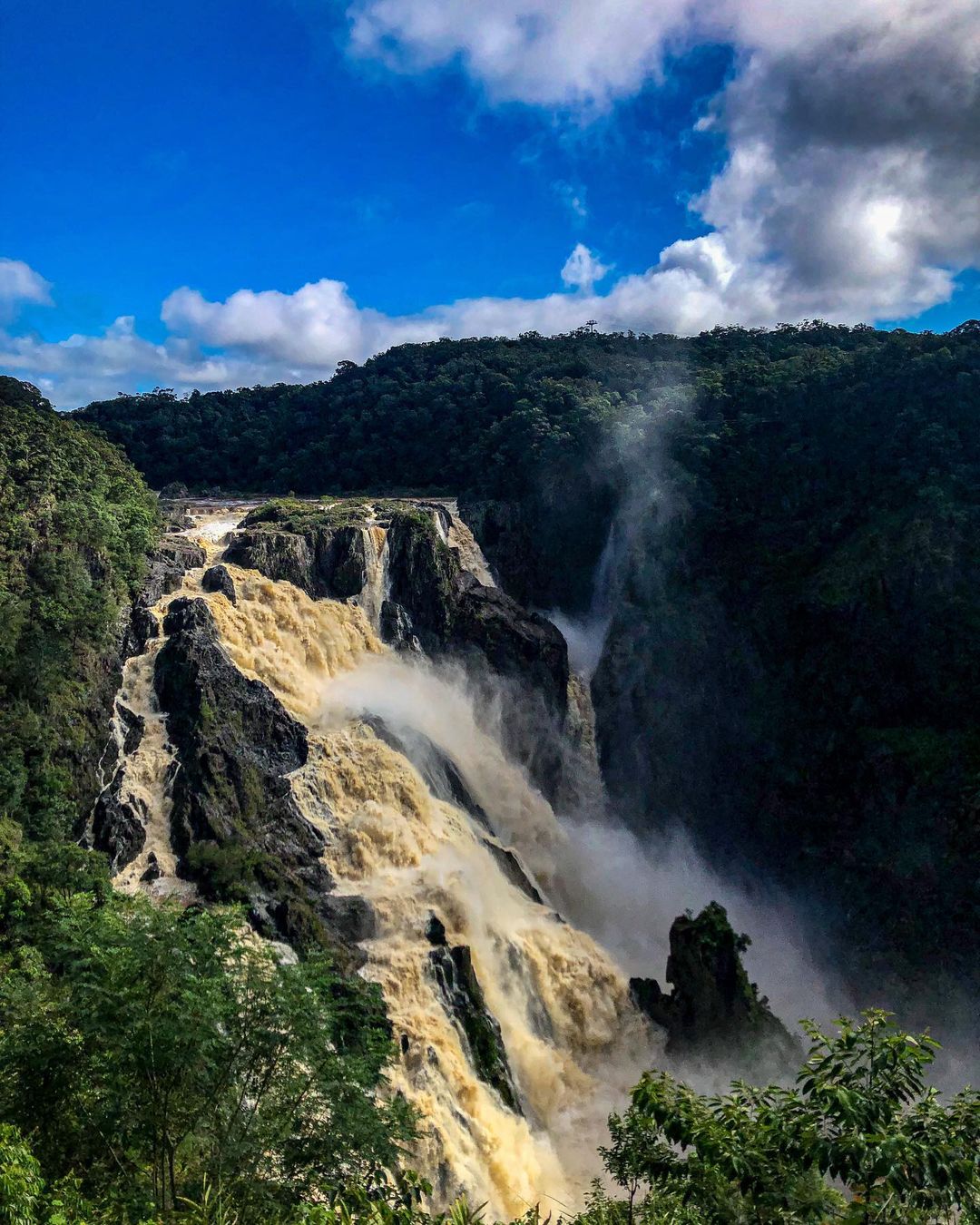 Flooding and waterlogged soil has closed numerous roads across northern, central and western QLD. Most of the roads around Longreach have been affected by flooding after the town picked up 109 mm during the 24 hours to 9am on Tuesday, its highest daily rainfall total since 1989.

While rain is starting to ease over the state’s eastern tropical coast, wet weather will continue to affect northern, central and western parts of the QLD on Tuesday and Wednesday.