The rinse and repeat pattern of flooding rain looks set to continue in NSW this week, with 100 to 200mm of rain expected to fall along parts of the state’s coast and ranges during the next four days.

A deepening low pressure trough being fed by moisture-laden easterly winds will cause widespread rain and thunderstorms to develop over NSW, Vic and southern Qld between Wednesday and the weekend.

While showers and thunderstorms will be widespread across southeastern Australia in the coming days, the heaviest rain will most likely target the southern half of the coast and ranges in NSW.

The map below shows that areas from about Sydney down to the South Coast and Southern Tablelands districts could pick up more than 100 mm of rain between Tuesday and Friday. But while most computer models agree that this will be the general region to see the heaviest rain over the next 96 hours, there is still some uncertainty regarding exactly where and how much rain will fall. There is potential for some areas to see two-day totals exceeding 200 mm from this system. 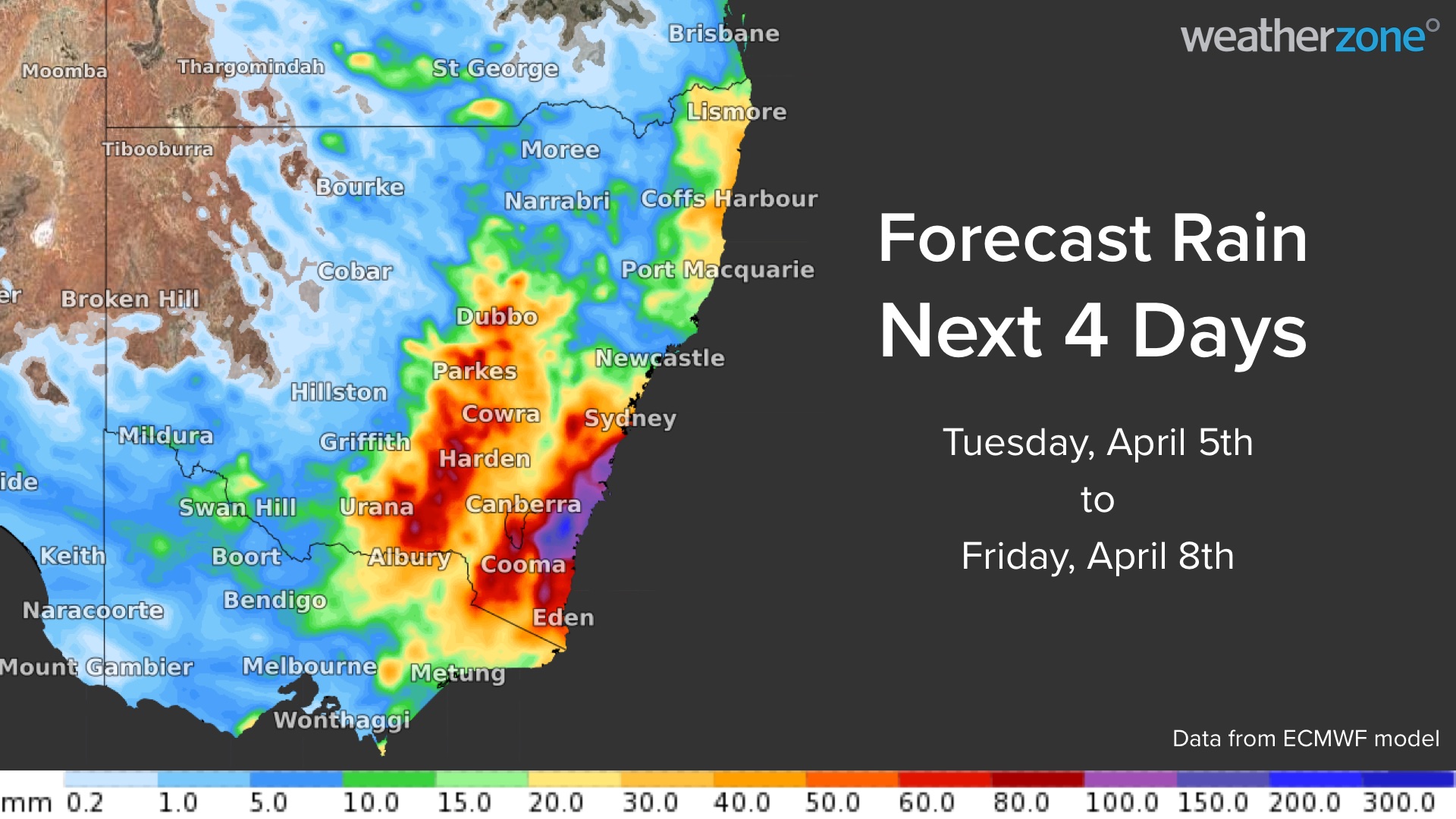 Image: Forecast accumulated rain between Tuesday and Friday this week, according to the ECMWF model.

This week’s heaviest rain should target central and southern NSW between Wednesday and Friday. However, rain and thunderstorms will linger over parts of eastern and southeastern Australia into the weekend, and some of these storms could also become severe.

Flooding and landslides are a good chance later this week as heavy rain falls onto already saturated ground. Be sure to check for road closures and flood warnings in your area.

In addition to the rain and flooding, blustery easterly winds and large waves will also affect parts of the NSW coast during the second half of this week. This surge of wind and swell are being caused by a tropical cyclone moving south across the Coral Sea and pressing against a high pressure system in the southern Tasman Sea. 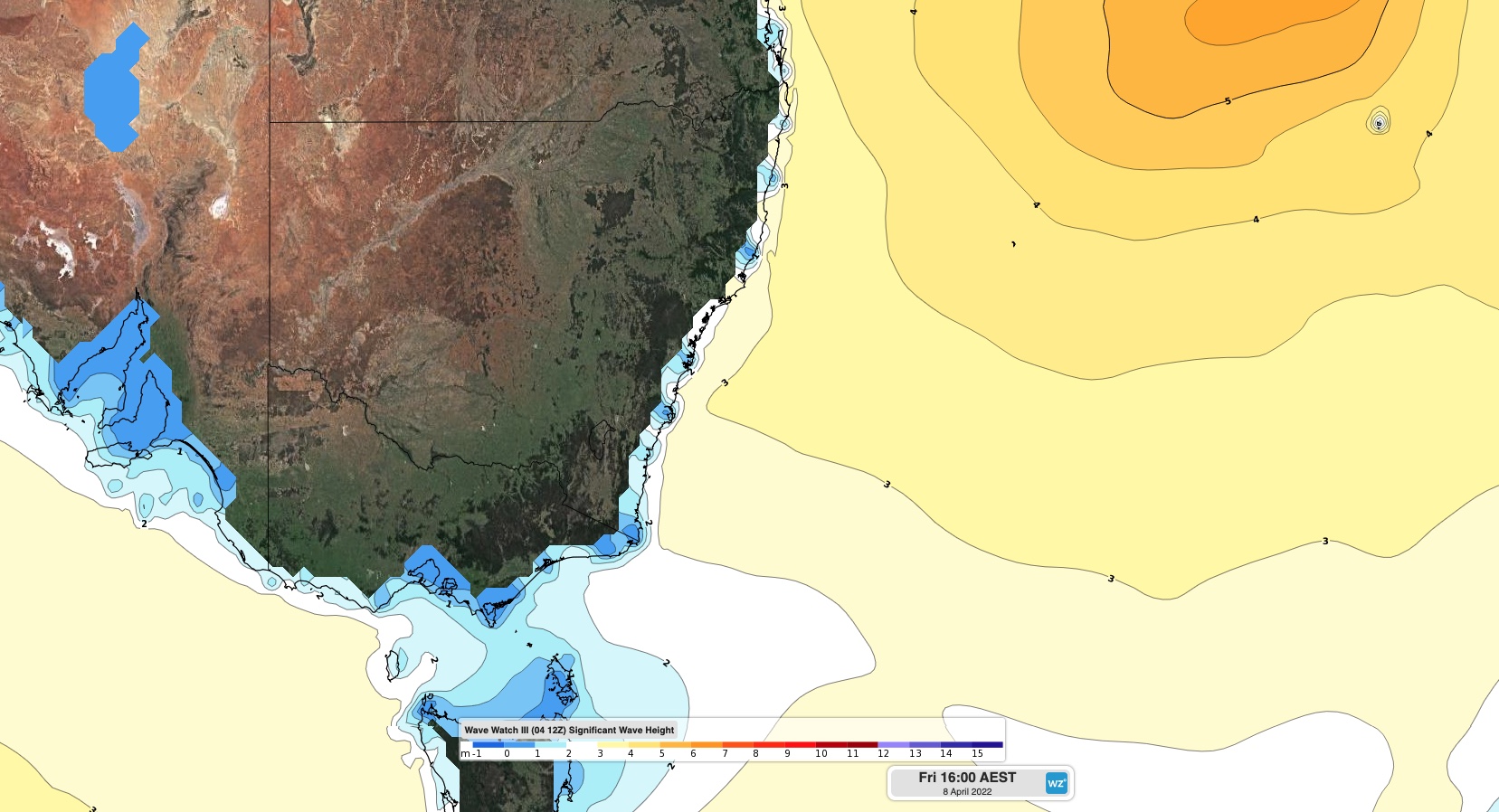 Average wave heights could reach around 2 to 3 metres along the NSW coast from Thursday or Friday, with large maximum wave heights. While this swell will be smaller than the waves that inundated the state’s coast last weekend, they may still cause erosion in some areas.

The Bureau of Meteorology are likely to issue warnings for this system in the coming days, and these advisories will have the most up-to-date information on this evolving weather event. For more information, please contact us at business@weatherzone.com.au.