That gurgling sound in your drains? That glistening lawn? That damp aroma this morning? These unfamiliar sensory experiences are the result of Perth’s first significant rainfall in more than five months.

While cities like Brisbane and Sydney on the opposite side of the country have been deluged in recent times – with Sydney taking just over three months to exceed its annual average of 1213.4 mm – Perth has been relentlessly hot and dry.

Indeed it just suffered through its hottest summer on record with numerous summer heat records broken.

But overnight, the city recorded 38 mm of very welcome rain. Slightly lower totals were recorded in most suburbs, but it was still the first good citywide soaking since November 9 2021, when 40.4 mm was recorded.

Perth is of course famous for its Mediterranean climate which means it’s hot and dry in summer, and cool and persistently showery in the winter months. Summers are always dry, but this summer was especially parched, with rainfall totals at around 10-20% of the already low average.

For the bulk of its rainfall, Perth relies on cold fronts from southern parts of the Indian Ocean to push northwards. These fronts are common in winter but can be expected to start popping up from about April onwards, and that’s what happened on Sunday. 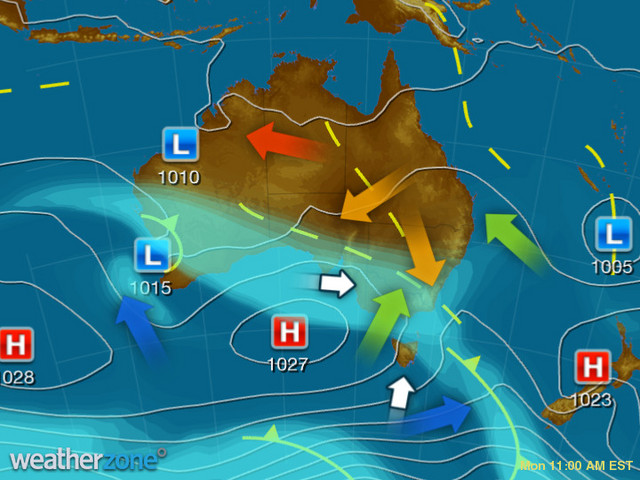 The surface low-pressure system over western WA (which you can see above) is being supported by upper level dynamics, as you can see on the chart below from Sunday night (it shows an estimate of the cold air pool, or upper low, at about 5km above ground level). 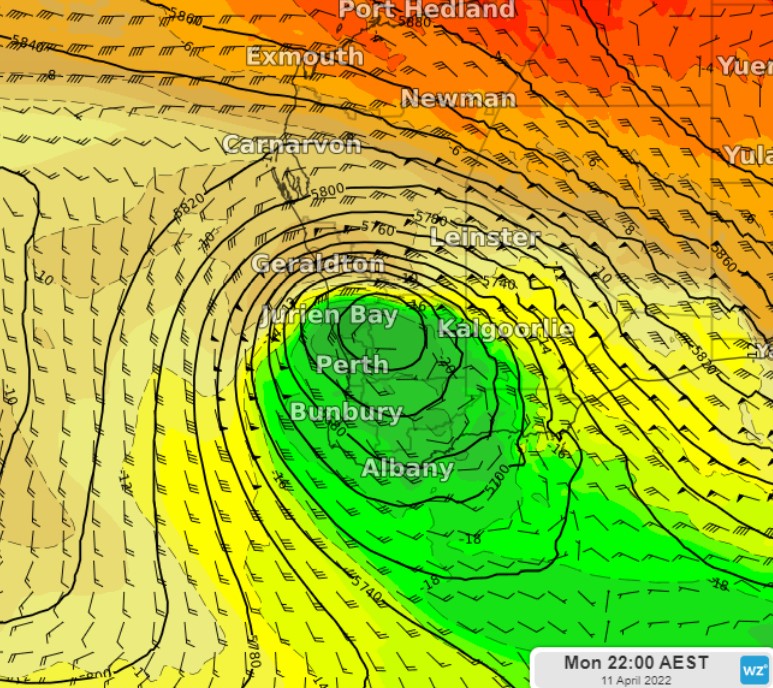 READ MORE: What is a cut-off low and why do they matter?

Meanwhile Perth is looking at a delightfully cool day by recent standards, with a top on the cards of just 21°C and a shower or two sticking around.

Things then look to dry out and warm up, with an unseasonably warm day peaking at around 30°C on Friday. For more information on Weatherzone’s temperature and rainfall forecasting, please contact us at business@weatherzone.com.au.