Unseasonably heavy rain will spread over parts of the NT and QLD later this week, with wet weather also set to return to Australia’s east coast.

Northern Australia is in the middle of its dry season, a largely rainless six-month period that runs from May to October. The map below shows that most of northwest QLD and the northern half of the NT usually receive less than 5mm of rain during all of July. 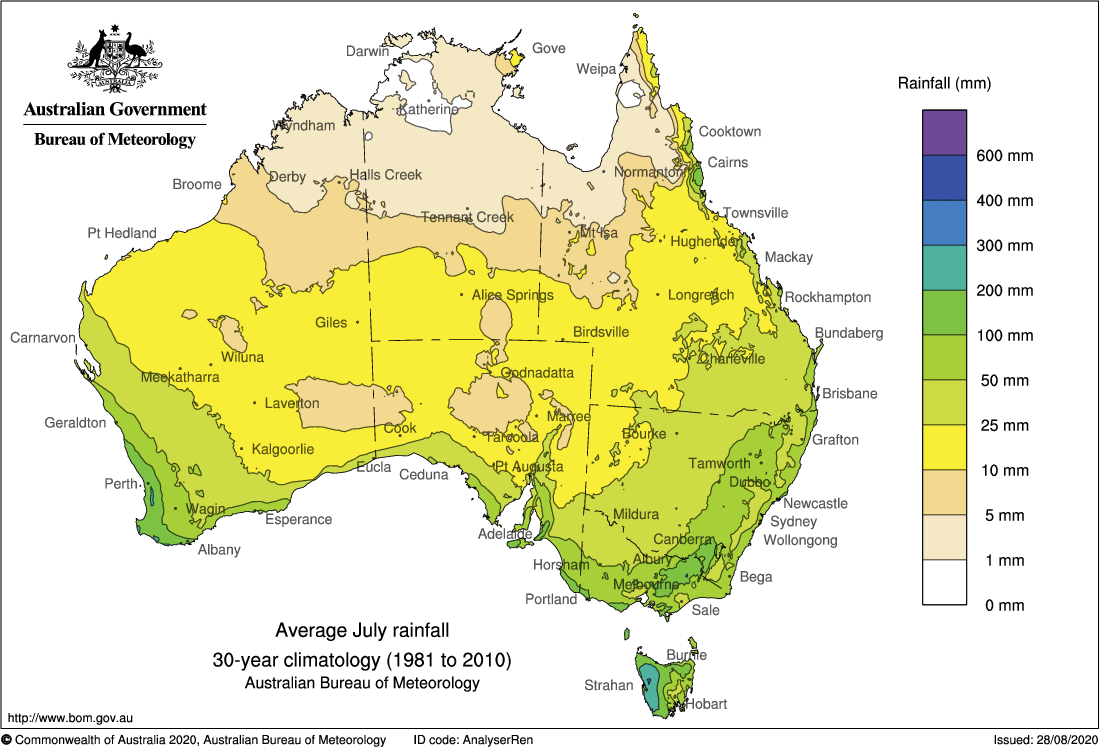 This week, however, a stream of tropical moisture is going produce rain over a broad area of the NT and QLD, possibly delivering several months’ worth of dry-season rainfall in some areas.

A few showers will develop over the NT and far west QLD on Tuesday and Wednesday as a cloudband starts to build across northern Australia. Rain will become heavier and more widespread between Thursday and Saturday as the cloudband slowly drifts further east.

The injection of tropical moisture provided by this large cloudband will also help produce rain over a broad area of eastern Australia from Friday into the weekend, possibly persisting into the start of next week as well. There are early signs that some of this rain could become heavy enough to causef flooding as a coastal trough deepens early next week.

The two maps below show how much rain two different forecast models are predicting this week, from Monday to Sunday. 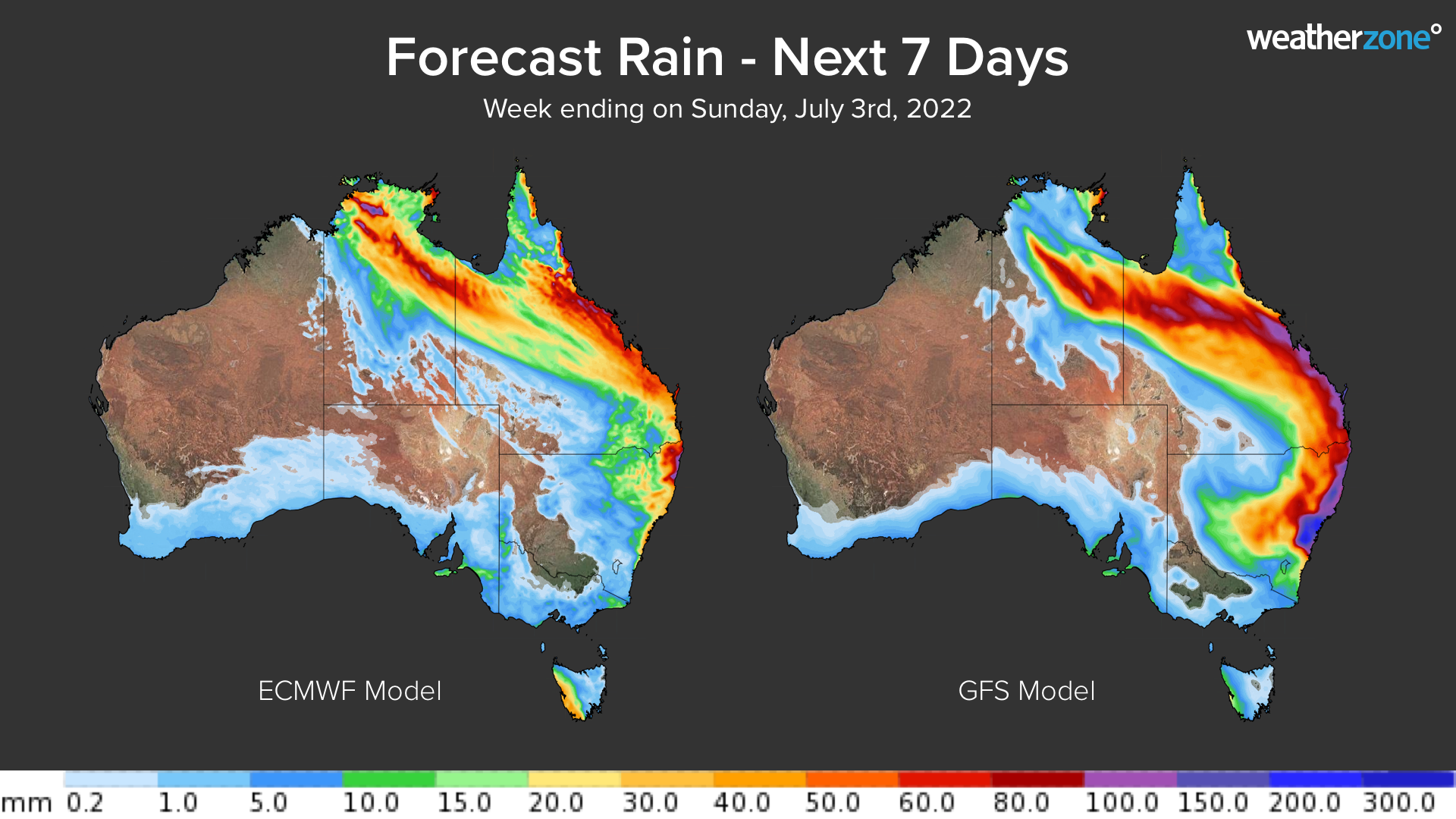 This rain event could cause flooding in parts of the NT, QLD and eastern NSW, including areas that are normally dry at this time of year. Be sure to check the latest forecasts and warnings in your area. For more information on Weatherzone’s rainfall and heavy rainfall forecasting, please contact us at business@weatherzone.com.au.