A spectacular display of cloud streets formed over the Coral Sea on Thursday morning as cold air drained off Queensland’s east coast.

A large high pressure system centered over southern Australia this week has been driving cold southwesterly winds across NSW and Queensland.

On Wednesday, maximum temperatures were around 1 to 6ºC below average across most of Queensland, with Appletohrpe only reaching a top of 9.9ºC in the afternoon. This was followed by a chilly night that saw the mercury drop to 10.4ºC at Cairns Airport, its lowest temperature in two years.

After sending shivers across Queensland on Wednesday, the stream of cold and dry air then flowed off Queensland’s east coast and spread over the Coral Sea on Wednesday night into Thursday morning.

The passage of cold and dry air from Queensland over much warmer water in the Coral Sea created a unique type of cloud formation called ‘cloud streets’.

As you can see in the satellite image below, Thursday morning’s cloud streets started forming around 200 km offshore. This is because it took a while for the air flowing off Queensland to pick up enough moisture from the Coral Sea. 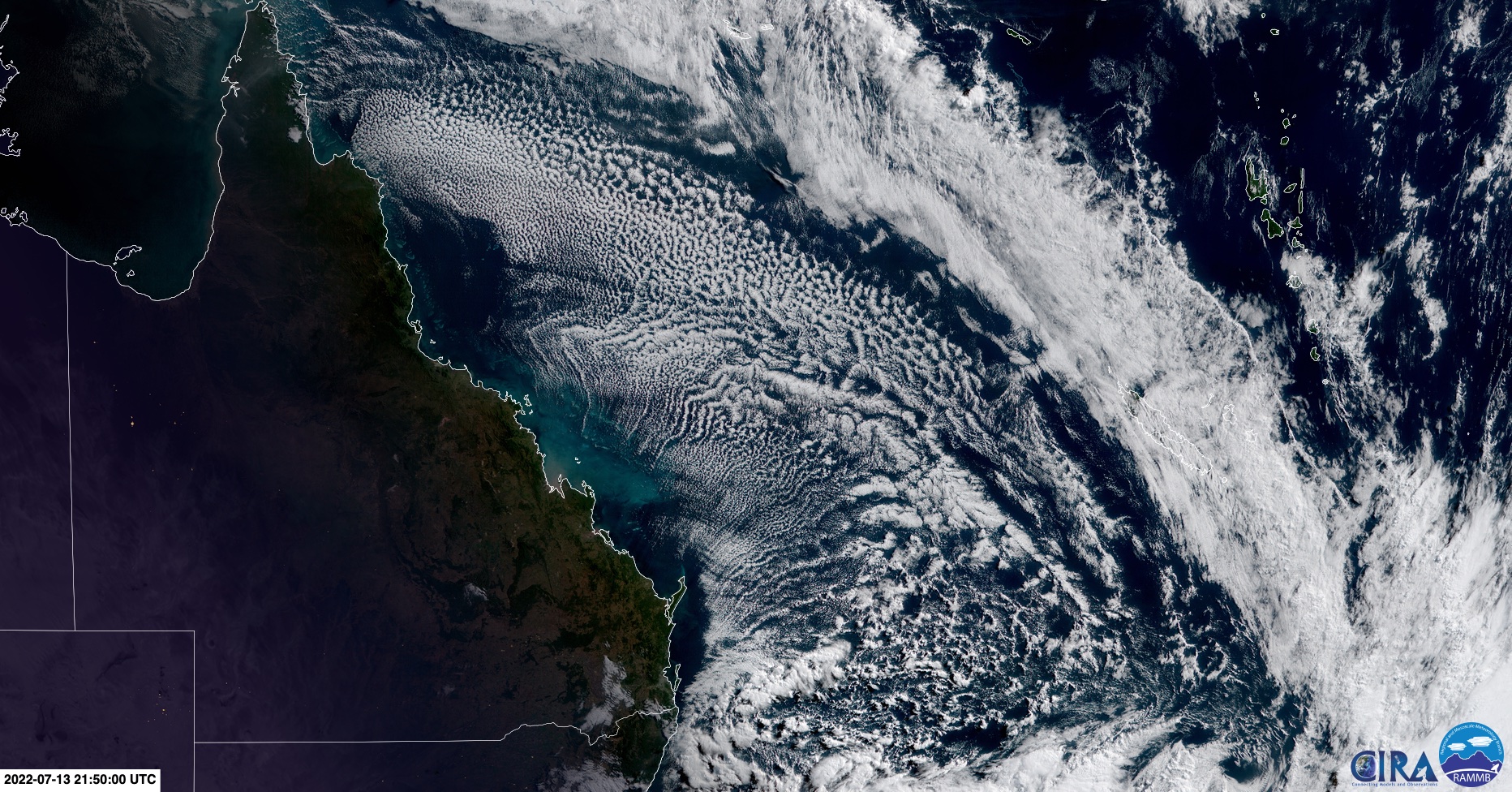 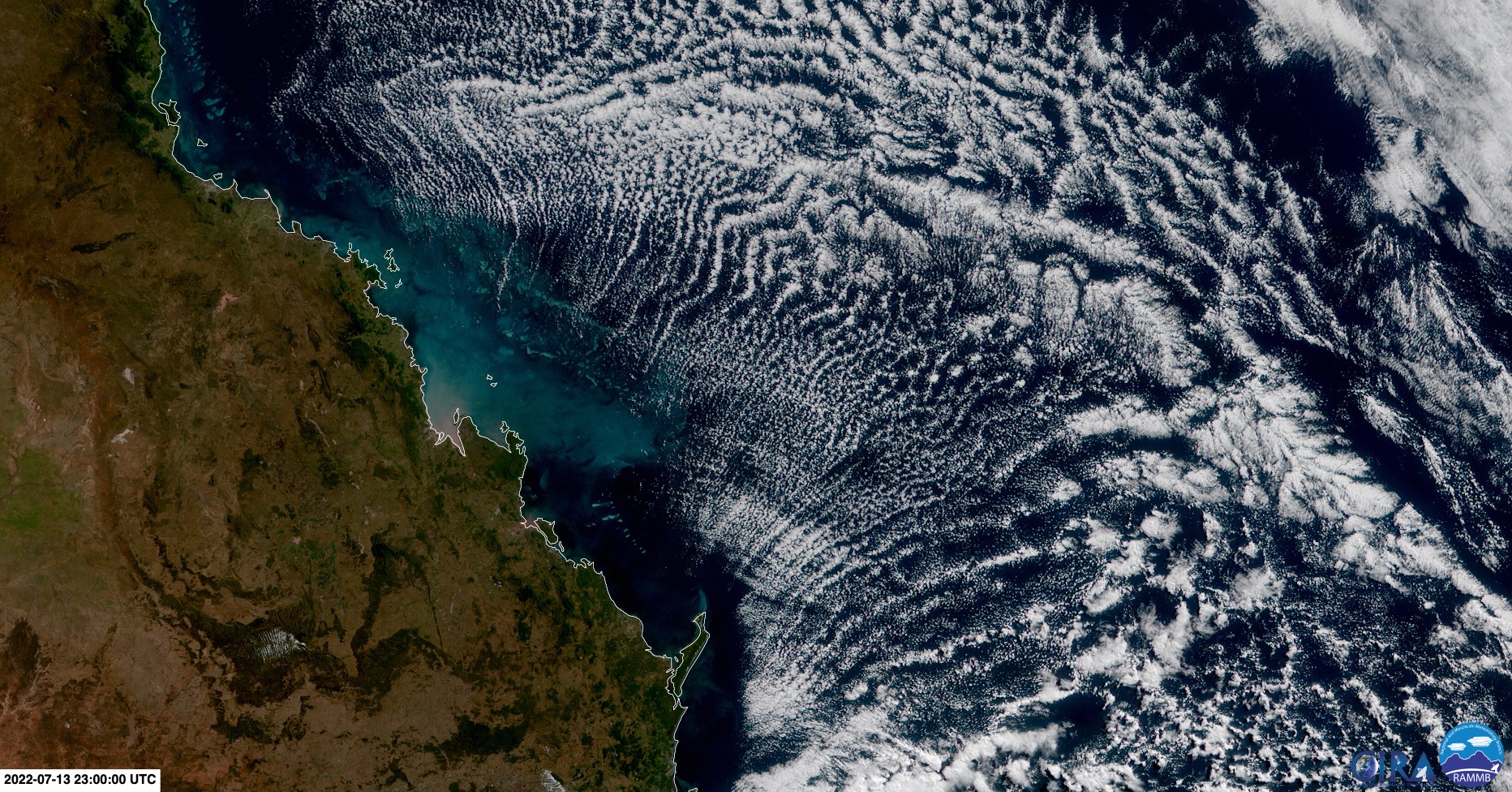 Cloud streets also happen in other parts of the world, with NASA capturing a similar display off the east coast of the United States in November 2019. 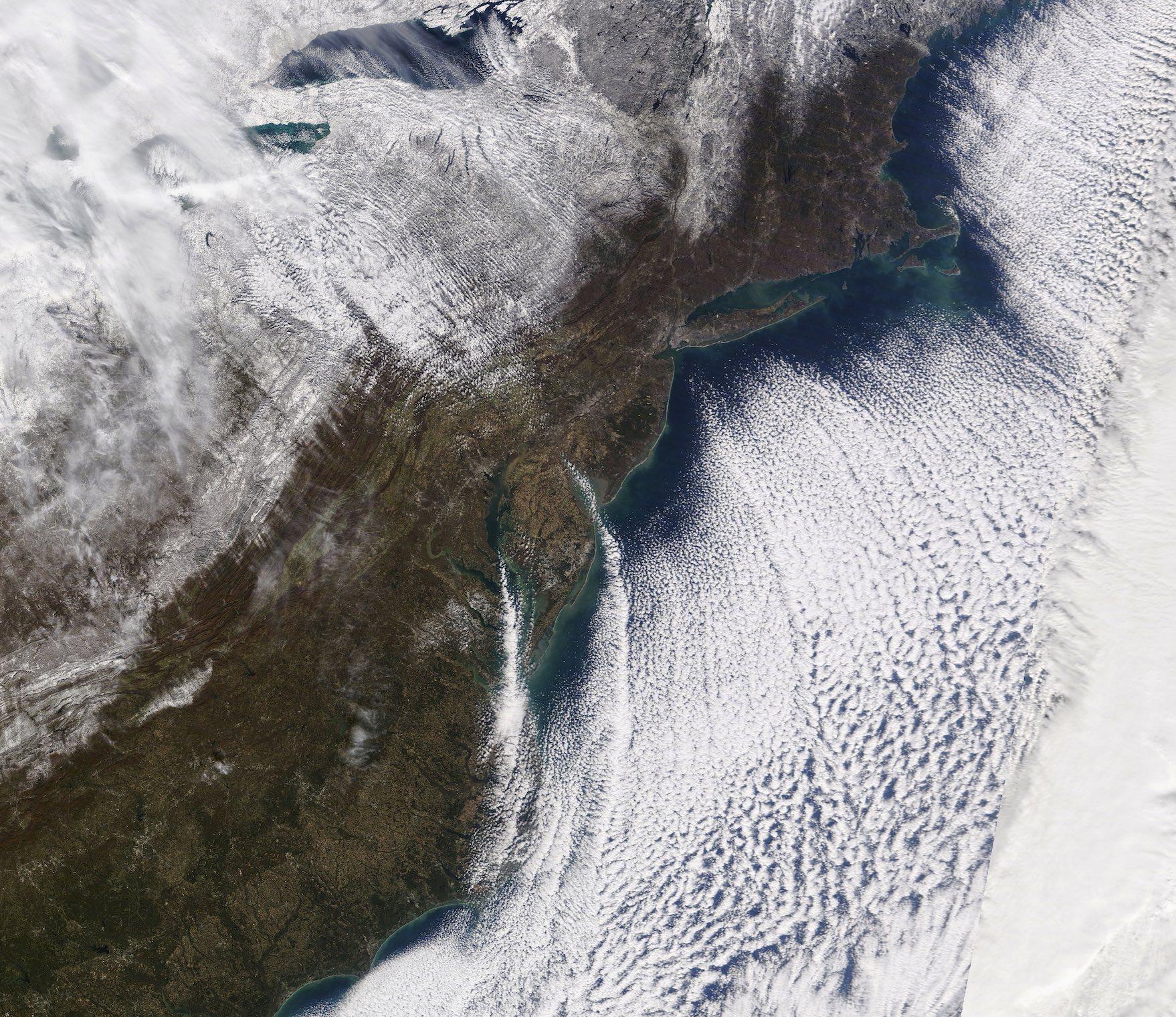 Image: Satellite image showing cloud streets forming off the east coast of the United States in November 2019, along with snow-covered ground in the top-right third of the picture. Source: NASA