It’ll come as one heck of a surprise for residents of Australia’s east coast – and especially those from southeast Qld and NSW – but Australia as a whole was drier than usual in March.

That’s right, according to the Bureau Of Meteorology March summary:

The rainfall data for March is best illustrated by the BoM’s rainfall deciles chart, which shows how much rain fell relative to what’s expected to fall on average. 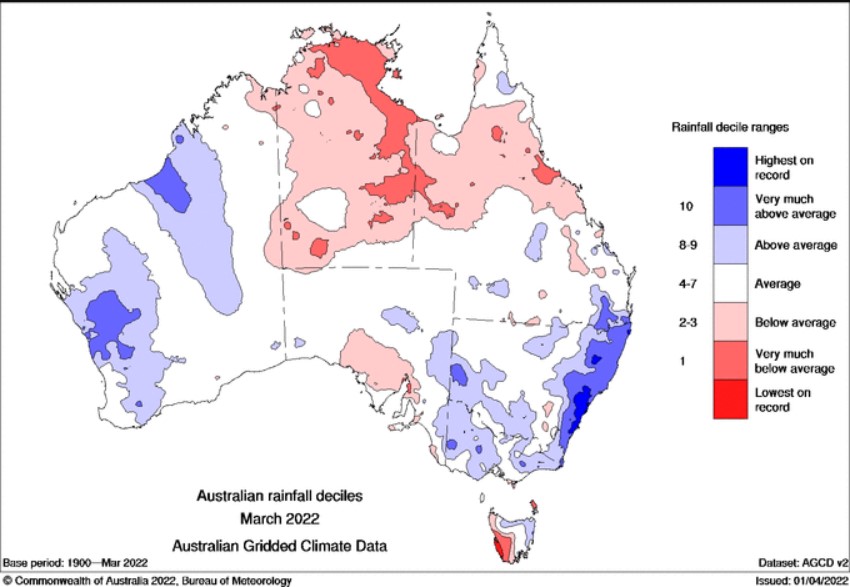 But the overall rainfall data wasn’t the only remarkable aspect of Australia’s weather in March. It was also warmer than usual:

The historical significance of the warm March temps are best illustrated by the BoM’s maximum temperature anomaly chart, which shows how much warmer than usual daytime temps were in various parts of the country. 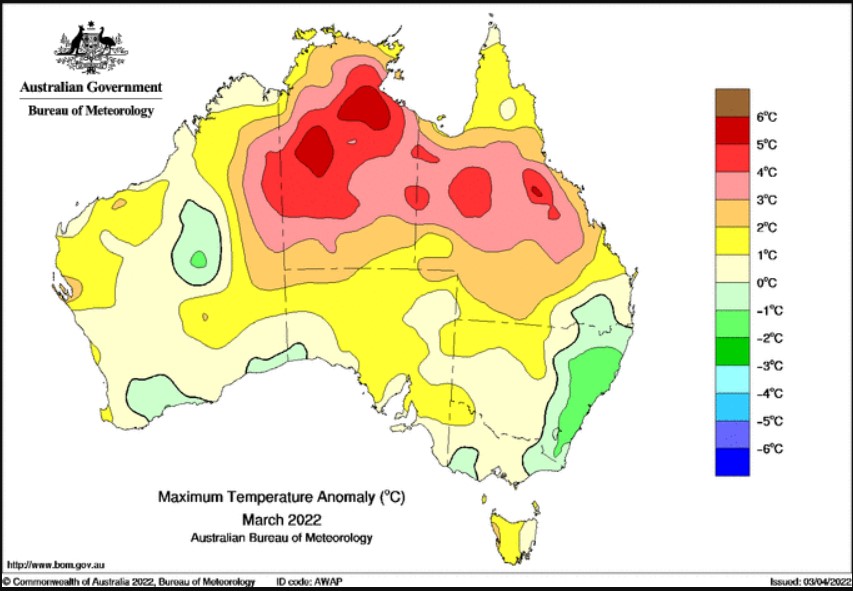 As you can see, the soggy eastern third of NSW was a little cooler than usual but nearly everywhere else was warmer. For more information on Weatherzone’s seasonal forecasts, please contact us at business@weatherzone.com.au.