Sydney is already having its wettest July on record, despite only being halfway through the month.

As of 9am on Thursday, July 14, Sydney’s Observatory Hill weather station had received 342.2 mm of rain since the beginning of the month. This is about 3.5 times its long-term July monthly average, and makes this already Sydney’s wettest July in records dating back to 1858.

This month’s record-breaking rainfall continues an exceptionally wet year for Sydney. The city’s Observatory Hill weather station registered 1547.4 mm of rain during the first six months of 2022, which was its wettest January to June period in 164 years of records. 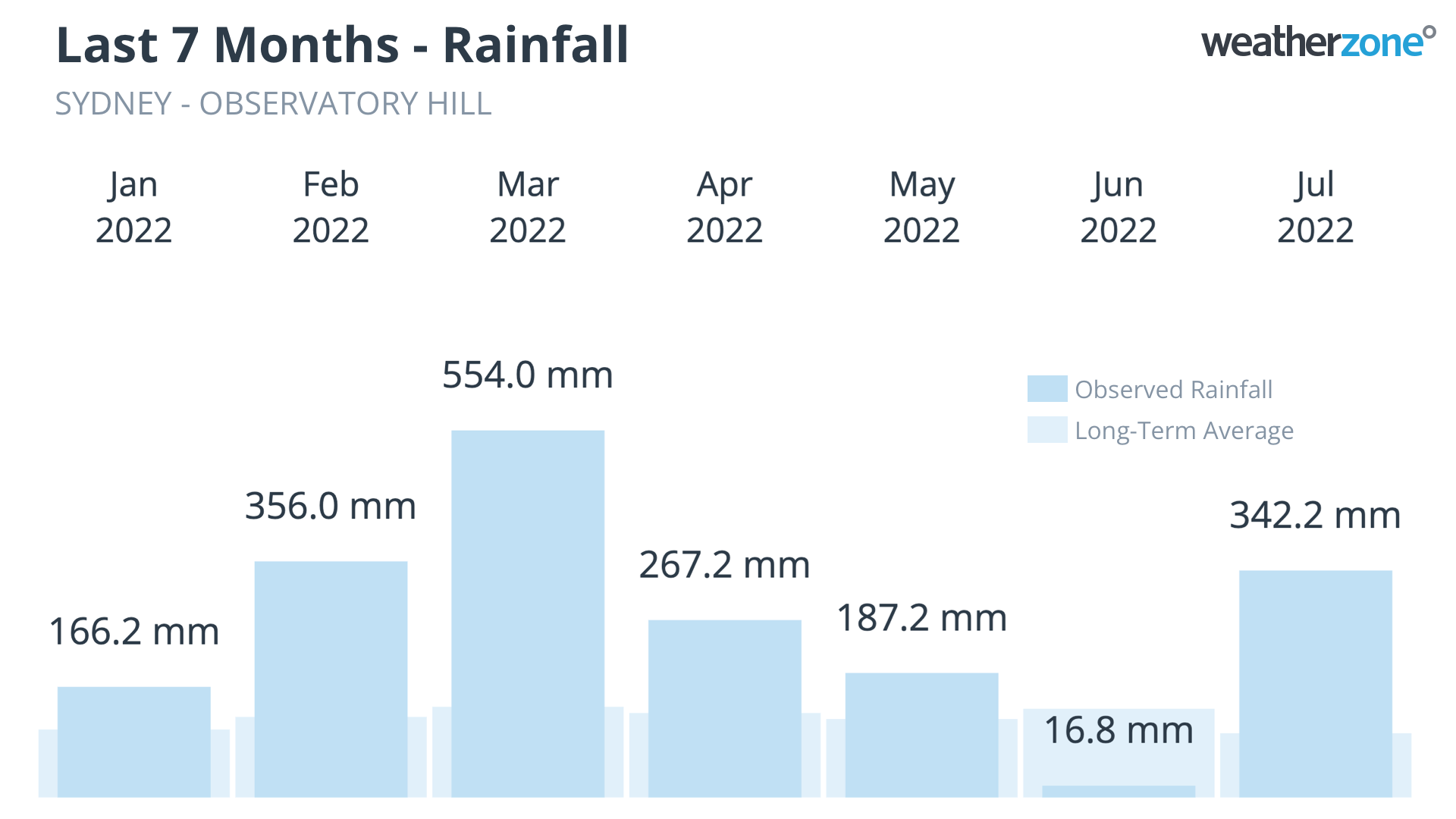