A developing monsoon trough could bring a burst of heavy rain in far north QLD later this week, with the potential for a tropical cyclone also increasing from this weekend.

A monsoon trough is likely to develop over the northern Coral Sea during the next few days and may become established over Cape York Peninsula by as early as Friday. If this happens, far north QLD could see a prolonged spell of heavy rain and thunderstorms capable of delivering several hundred millimetres of rain. 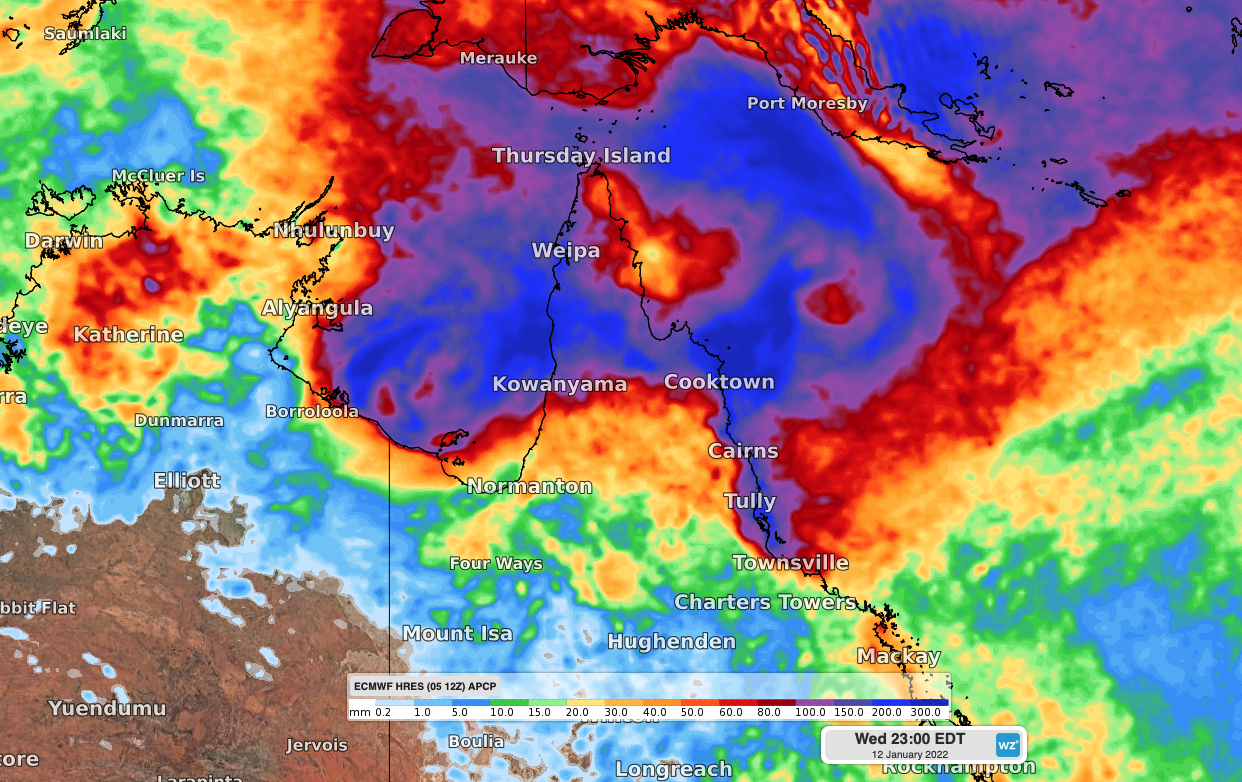 Image: Forecast accumulated rainfall during the seven days ending on Wednesday, January 12, according to the ECMWF model.

A number of forecast models also suggest that a low pressure system will develop within this monsoon trough over the weekend, somewhere off the east coast of far north QLD.

It’s too early to know how this low will develop and where it will move beyond the weekend. However, several computer models, including the highly-regarded ECMWF and Australia’s ACCESS-G models, predict the low will move west and affect northern QLD early next week. 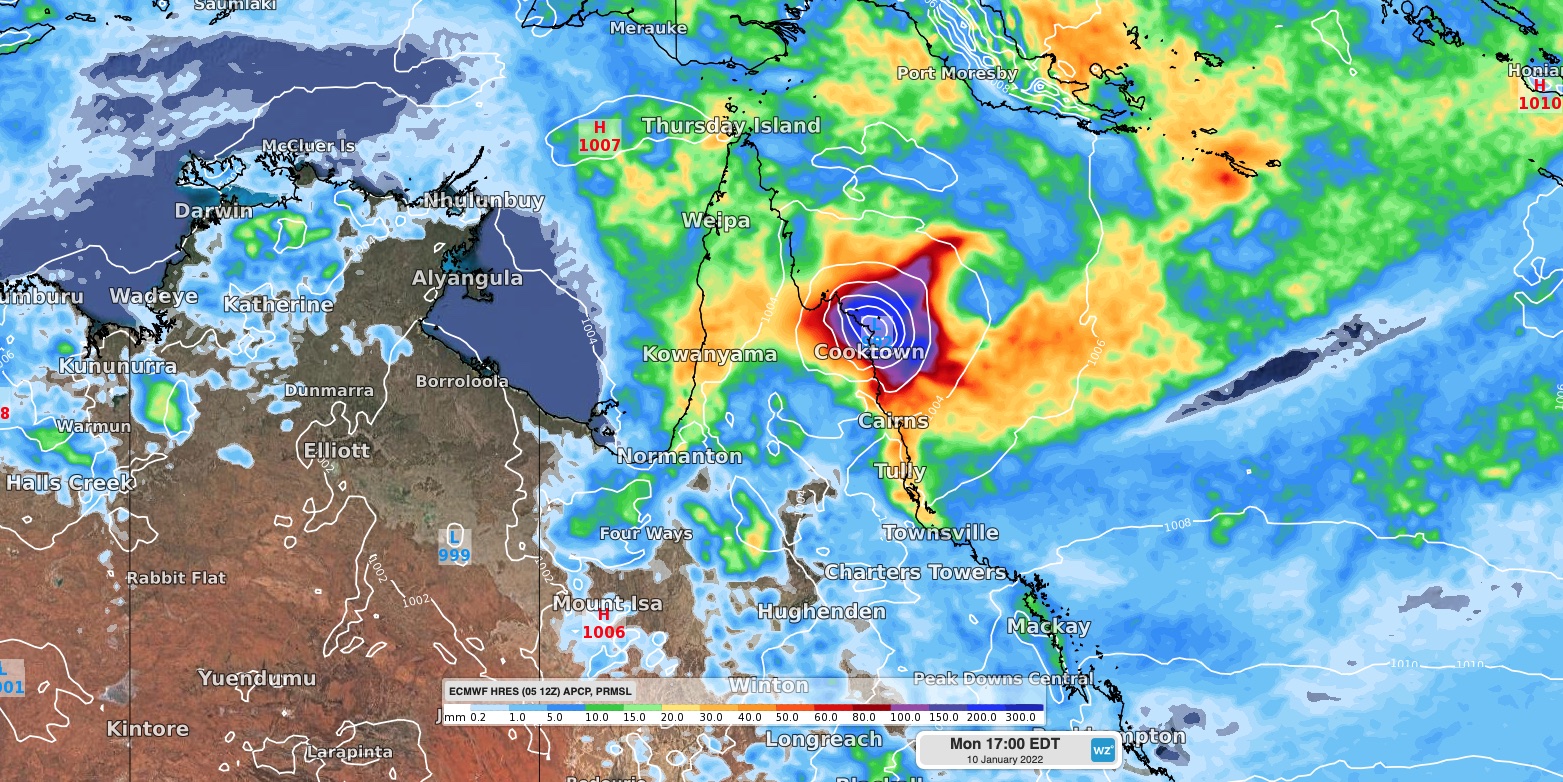 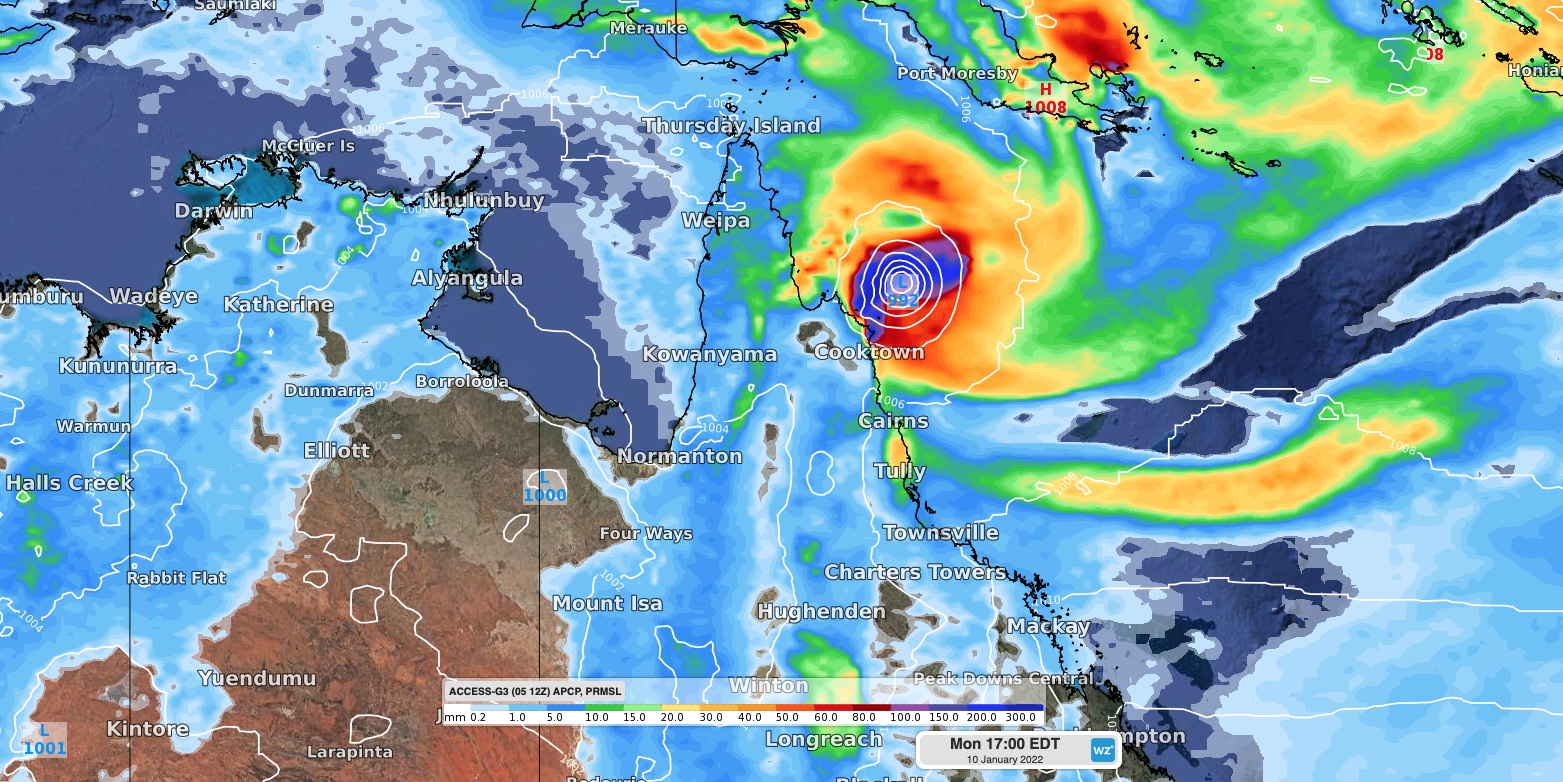 At this stage, there is potential for the low to become a tropical cyclone as it approaches the Cape York Peninsula on Sunday or Monday, or over the Gulf of Carpentaria early-to-mid next week. However, there is a lot of uncertainty regarding this forecast at the moment.

Anyone living in northern QLD to the north of about Townsville should closely monitor forecasts and tropical cyclone advisories during the coming week.

The next tropical cyclone to develop in Australia’s area of responsibility will be named Tiffany. For more information on Weatherzone’s tropical cyclone and heavy rain forecasting, please contact us at business@weatherzone.com.au.