Australia has now entered its darkest four-week period of the year as the Southern Hemisphere edges closer to the winter solstice.

Earth’s tilt relative to the sun changes throughout the year. For one half of the year, the Southern Hemisphere is tilted more towards the sun and for the other half, it tilts away from the sun. This constantly changing tilt causes our planet’s seasons and it is why days and nights progressively change in length throughout the year.

The date on which the Southern Hemisphere reaches its furthest tilt away from the sun is called the winter solstice, which occurs on or near June 21. 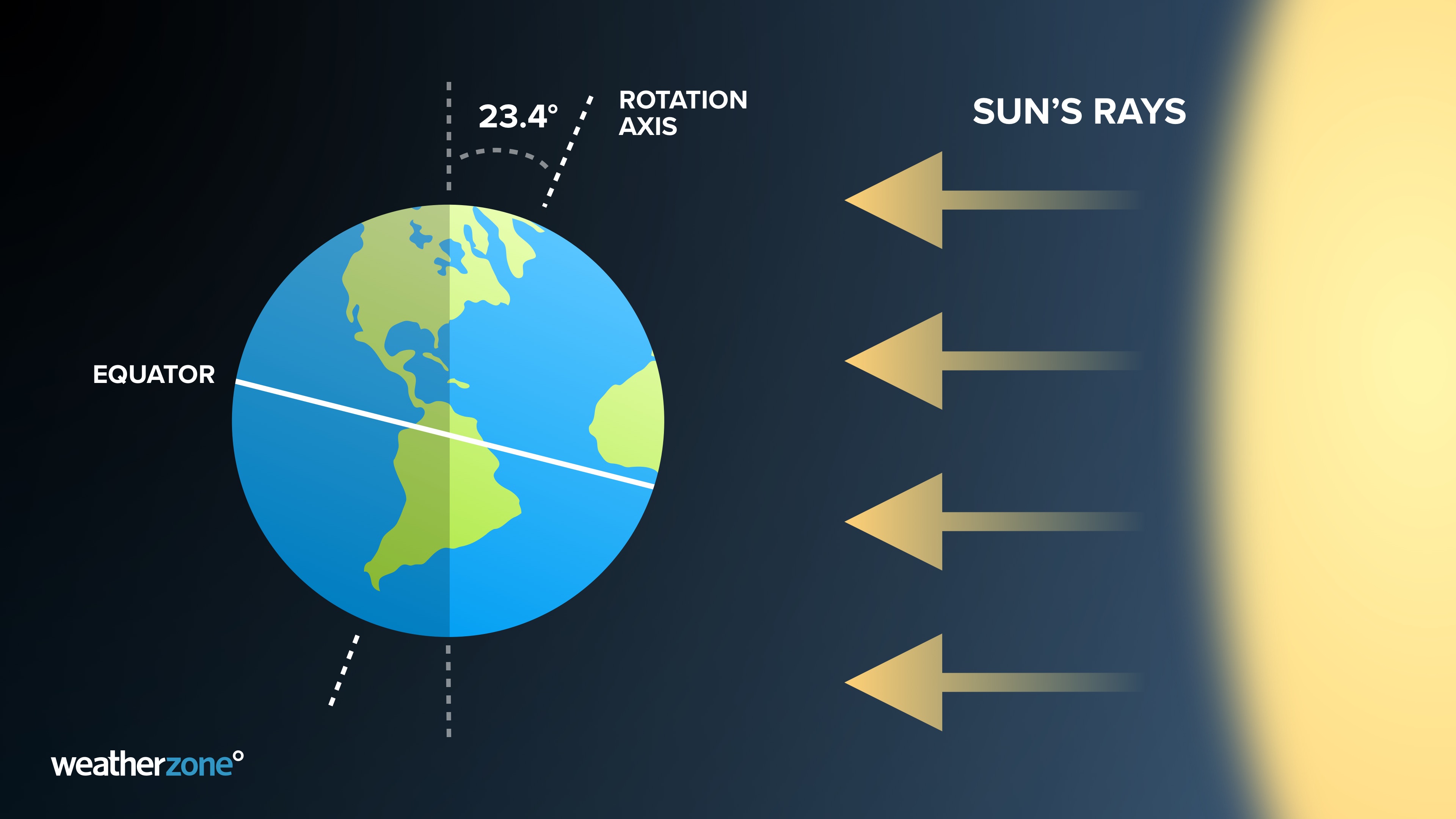 Image: Earth’s tilt relative to the sun on the date of the Southern Hemisphere’s winter solstice.

So, if you’re noticing days seem to fly by over the coming month, you’re not imagining it. But the good news is that days will start getting longer from June 22.

During  winter, the light from the sun does not hit solar panels at an optimal angle because the sun is lower in the sky.  The days are also short at this time of year reducing the sunlight harvesting hours.

Solar power is becoming increasingly important in the Australian energy markets; however, the variable nature of solar generation poses significant challenges for integration into the electricity industry.

Weatherzone, in partnership with Solcast, provides solar power forecasting and solar irradiance data, for both large-scale solar farms and small-scale PV systems, plus their grid or regional aggregates. For more information, please contact us at business@weatherzone.com.au.