Western Australia is being hit by all kinds of weather this week, with severe thunderstorms, elevated fire danger and extreme heat all in the mix.

The satellite image below shows a band of cloud draped across WA shortly after sunrise on Monday morning. 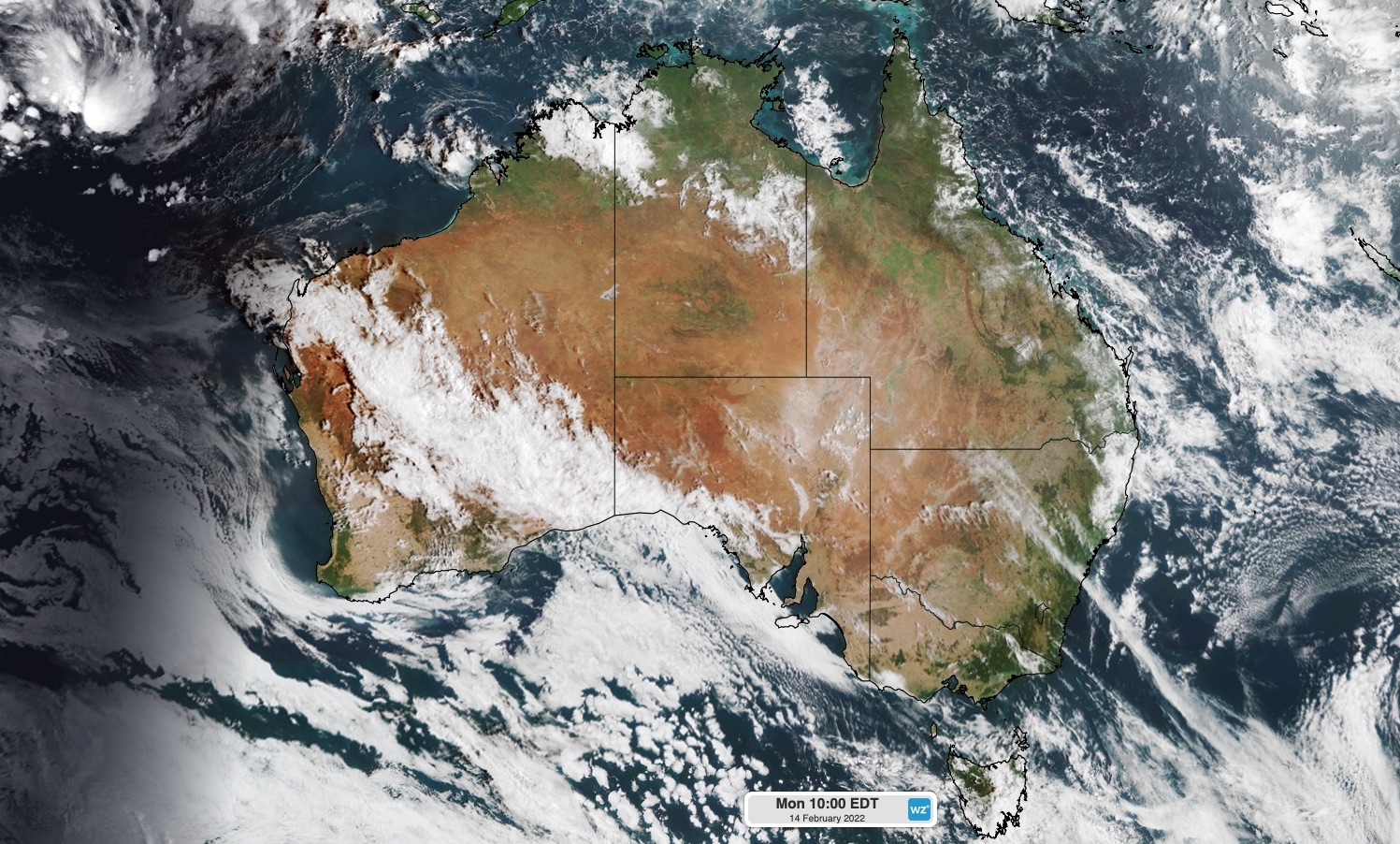 This cloud reveals the location a low pressure trough that has been triggered showers and thunderstorms across a large area of WA over the last few days. 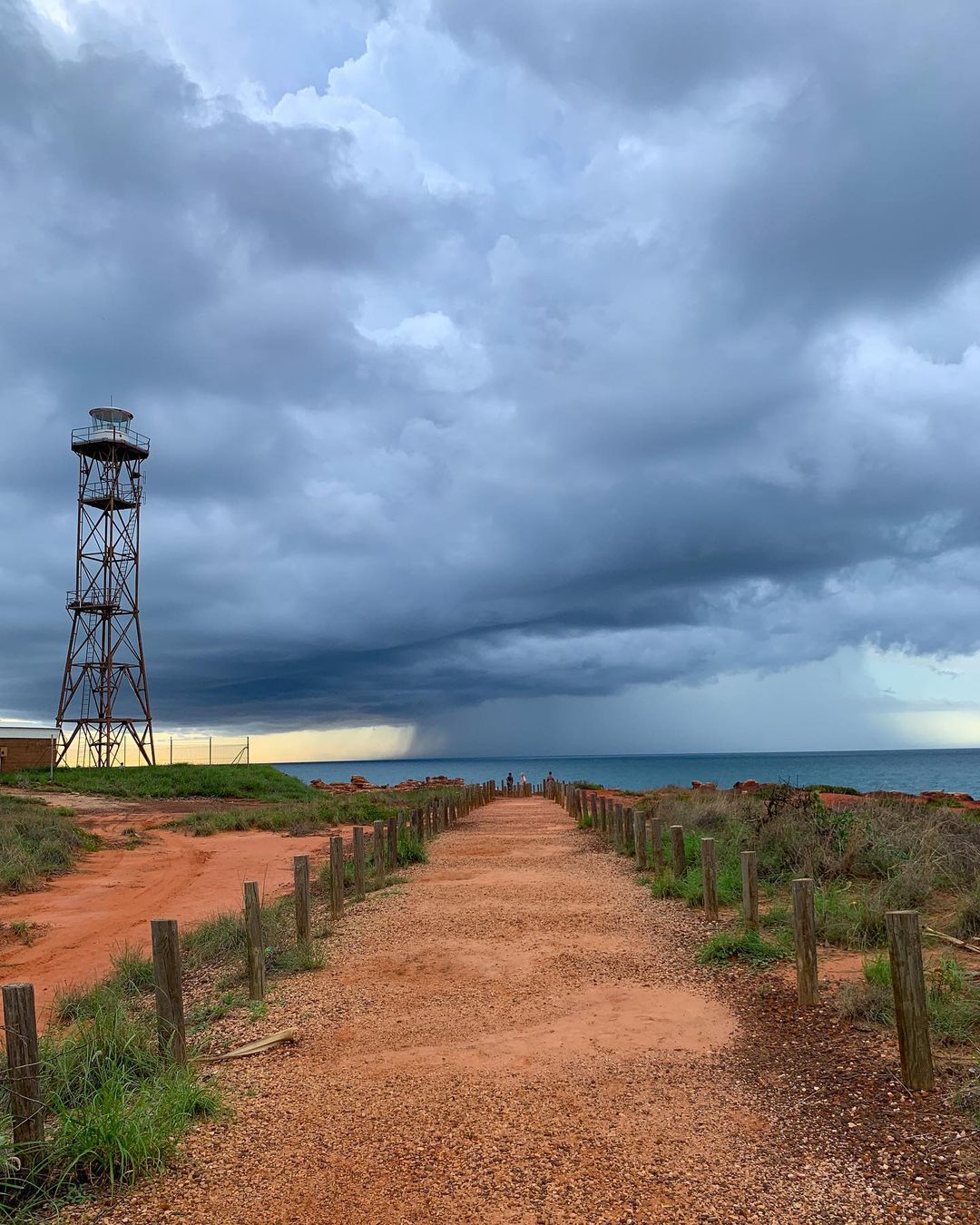 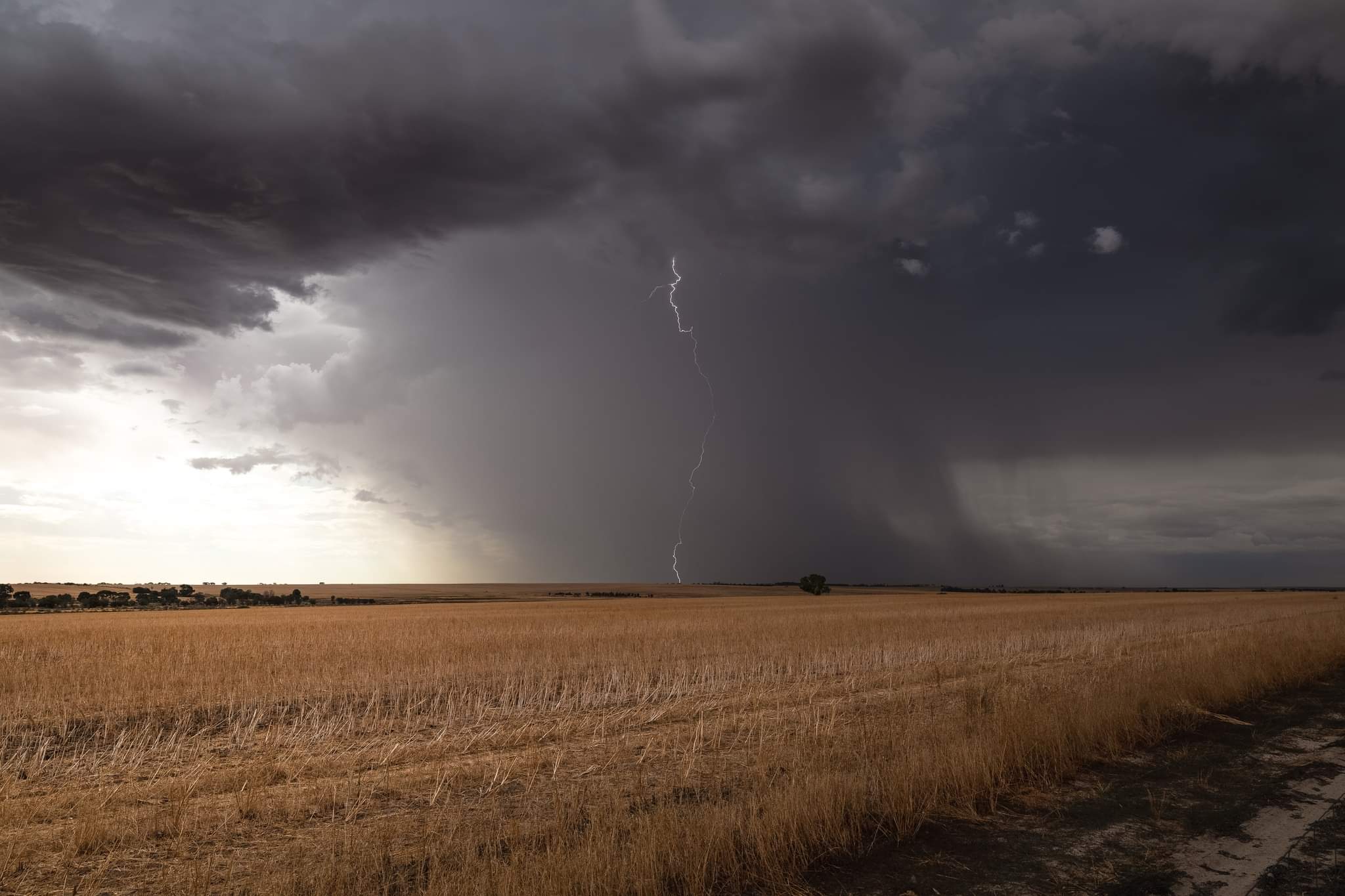 These storms will continue on Monday, with widespread showers and storms likely to develop from the Pilbara down to the South West Land Division, possibly including Perth. Storms will become most active during the afternoon and some of them are likely to be severe.

The map below shows where one computer model expects the rain and storms to occur on Monday. 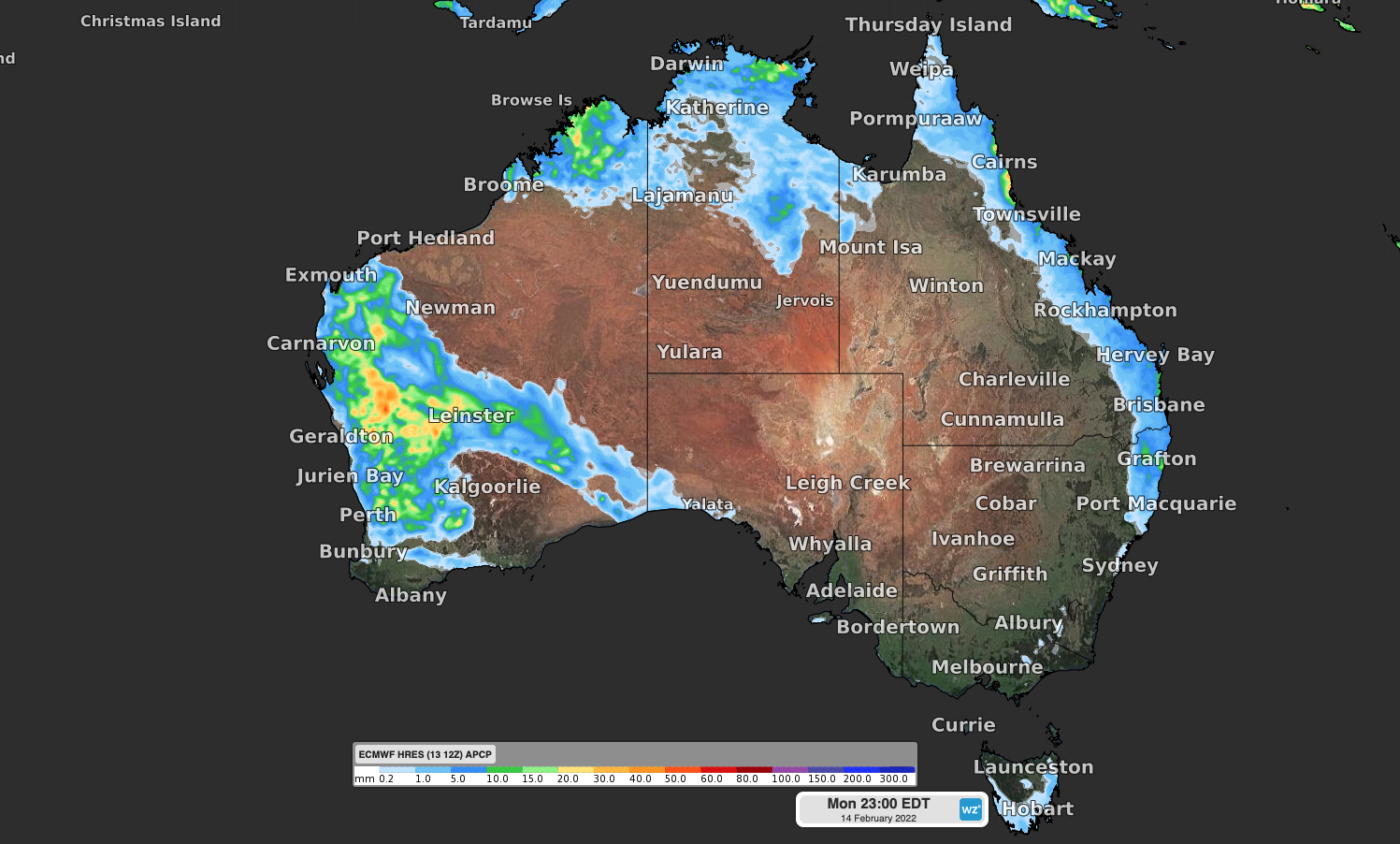 Image: Forecast accumulated rain on Monday, February 14, according to the ECMWF model.

There will be a few more storms in the state’s north and west on Tuesday before drier weather returns to most of WA in the middle of the week.

In addition to the storms, WA will also experience a burst of extreme heat this week as a hot air mass spreads across the state’s north, west and interior.

Temperatures will hit the low to mid-forties on a regular basis in the state’s north this week, while parts of the west coast, including Perth, will have several days in the high-thirties to low-forties. This persistent warmth will produce a Low-Intensity to Severe heatwave in some parts of the state.

This hot air will help produce Very High to Severe fire danger ratings as the hot air spreads its way around the state throughout the week.

For more information on Weatherzone’s heat extreme, thunderstorm and fire forecasting, please contact us at business@weatherzone.com.au.