The Australian tropical cyclone season officially runs from November 1st to April 30th. During this six-month period, we usually see around 9 to 11 tropical cyclones in Australia’s area of responsibility and about four of these make landfall.

This season, the Australian region is expected to be a bit more active than usual thanks to a developing La Niña in the Pacific Ocean and warmer-than-average sea surface temperatures near Australia.

Weatherzone’s internal model predicts that we will see about 12-13 tropical cyclones in our region between November and April. 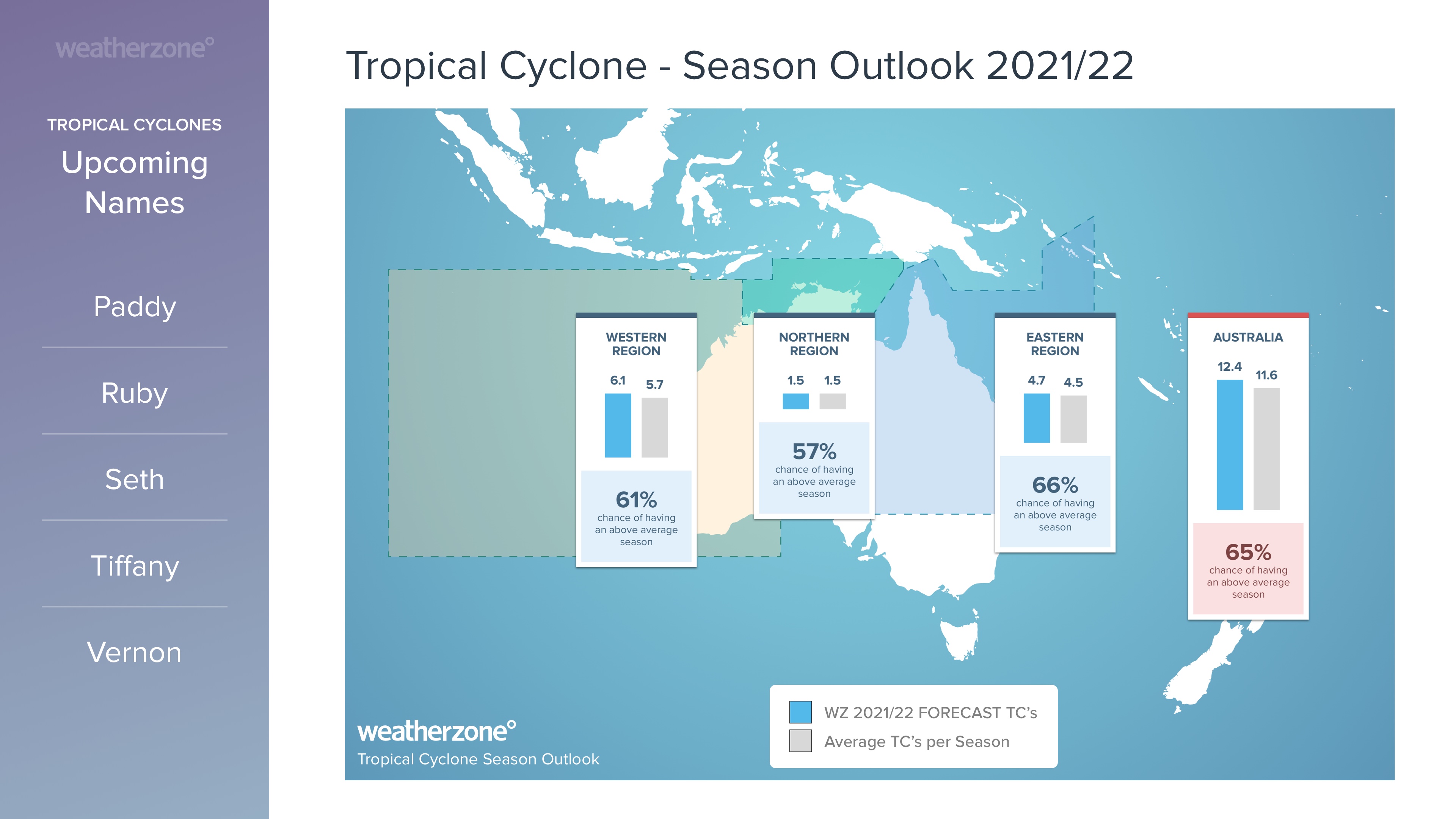 The first tropical cyclone of the season usually develops around early-to-mid December, however, the abnormally warm waters near northern Australia could cause it to happen earlier this year.

Regardless of the date it develops, the first tropical cyclone to form in Australia’s area of responsibility will be named Paddy, followed by Ruby and Seth.

Tropical cyclones that develop inside Australia’s area of responsibility are assigned names from a predetermined list that is maintained by the Bureau of Meteorology. 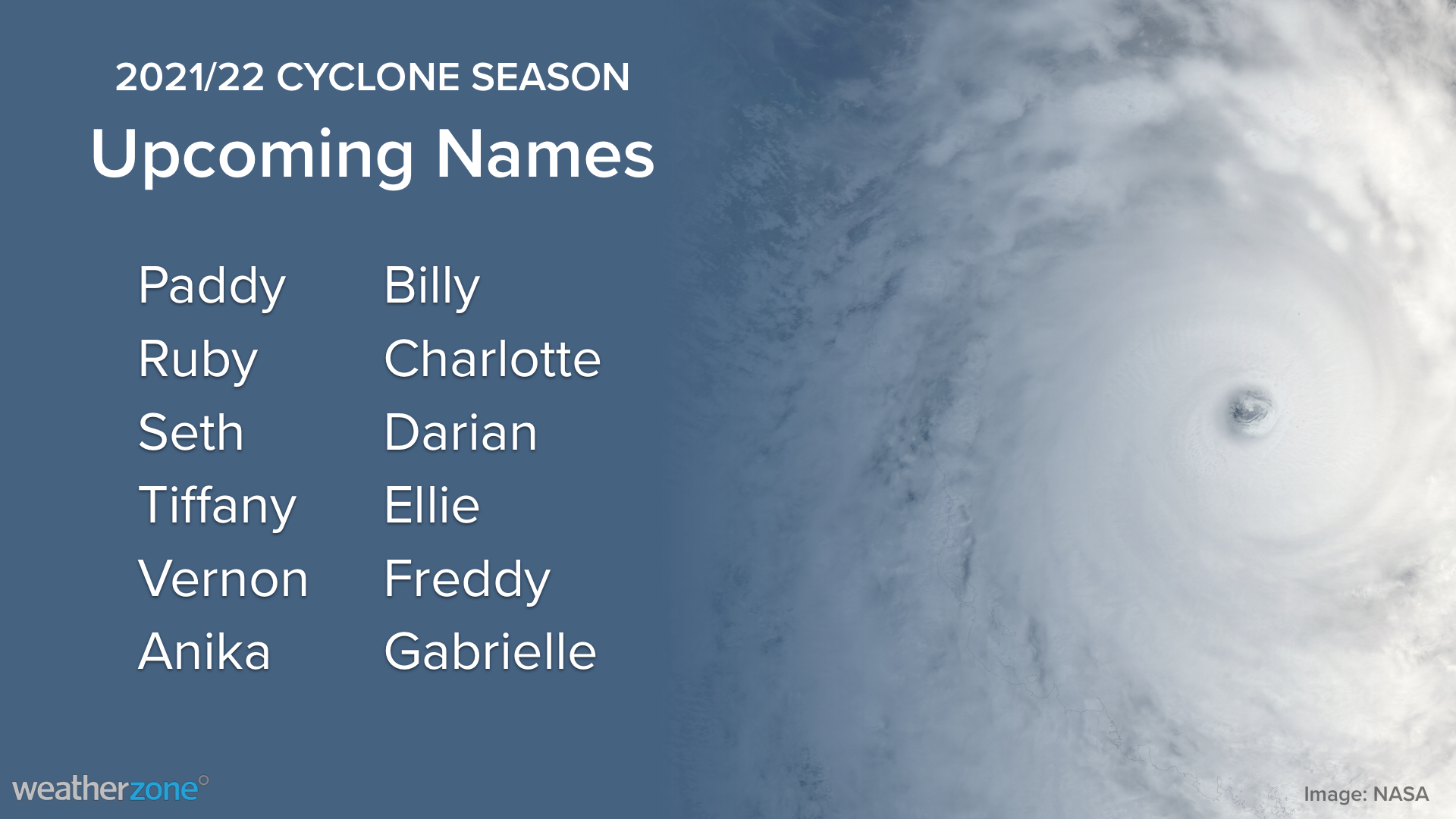 You can even request to have you name included on the list for an upcoming cyclone. All you have to do is submit a written request to the Bureau of Meteorology. But even if your request does get accepted, don’t expect to see it used any time soon. There are already enough names to last at least another decade.